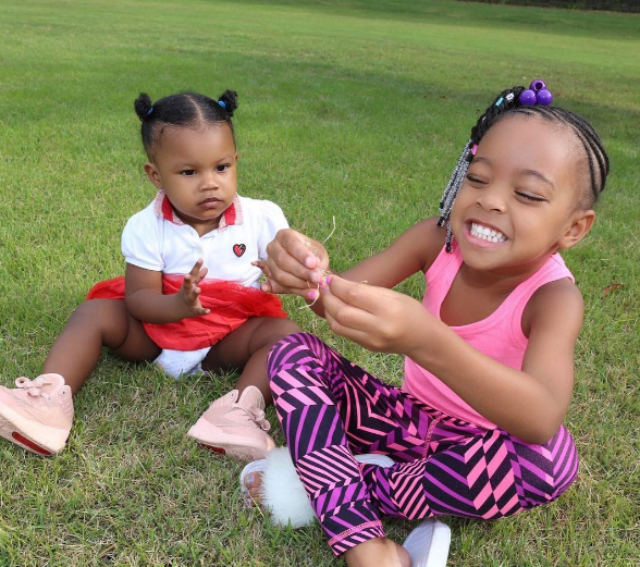 Laiyah Brown has a new Instagram page and the first photos were of her enjoying a play date with her brothers and godsister Iman Tayla Shumpert Jr. Laiyah’s photos gained more than 1,000 likes each within a few days.

“Hanging with my God-Sister today,” the caption read underneath a candid of Laiyah and little Iman exploring nature in the grass. Iman watched as Laiyah divided what appeared to be a weed. “Nothing like a God-sister,” one fan wrote. “Too cute,” another fan commented.

Romelo joined Laiyah in showing Iman the ropes. One photo was of the two helping Iman before Romelo took a ride around town. “Big Brother got us,” the caption read. “Wouldn’t let us ride but kept watchful eyes.”

Laiyah and Romelo are singer Monica Brown’s kids, while Iman Tayla is Teyana Taylor and Iman Shumpert’s little one. It was just a few months ago that Iman and Teyana wed in front of the restroom in which their daughter was born. “Pretty much, we got married at the crime scene,” Iman said in February. “It was a really special moment to get married in that home.”

Come on Junie…. I got you❤️

Monica has also experienced a few memorable moments as a wife and parent. “My most memorable moments as a mother were all three of my children’s births,” the singer shared with Uptown last year. “There was no amount of pain — not even 21 hours of labor — that could take the immense amount of joy and love I felt away,” Monica added. “It was confirmation, in every way, of just how much God loved me and trusted me to bless me with them. My quest to be better started the day I became their mother.”

SEBASTIAN THOMAZ HAD AN EVENTFUL WEEKEND WITH MOM AND DAD

SEBASTIAN THOMAZ HAD AN EVENTFUL WEEKEND WITH MOM AND DAD