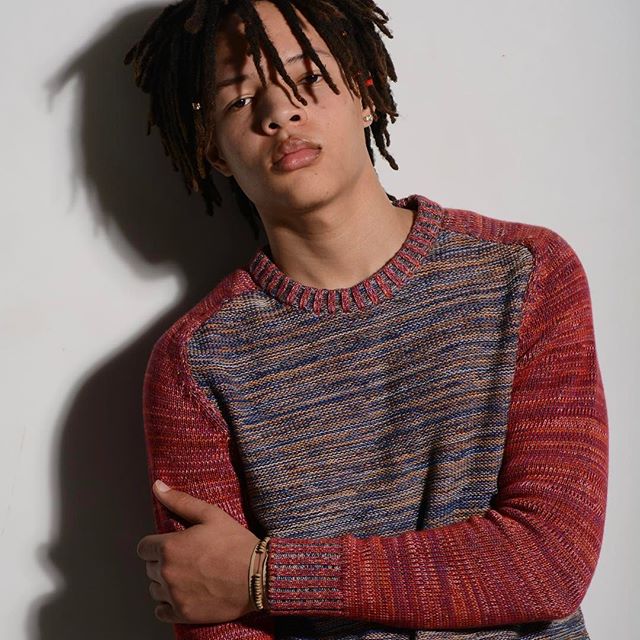 Domani Harris, son of TI and Tiny, has been proving that the apple doesn’t fall far from the tree in terms of his unadulterated talent. With the release of his EP, The Constellation, Harris is receiving praise industry-wide, making a mark for himself outside of his famous family name.

Demonstrating a more seasoned flow, the talented teen keeps his momentum as he heads up the charts with his latest peek into the Atlanta trap scene with the video for “Playalistic Music.”

“The message that I wanted to get across in this video, is that you have to always realize that somewhere out there, there’s a little kid, or somebody else that looks up to you, that wants to be just like you,” Harris explains in a recent interview. “Whether you wanted this responsibility or not, and in this case the most influential people around this child took that responsibility for granted. They lead him in the wrong direction which lead to the kid losing his life for their actions.”

The video, directed by Phillyflyboy and Harris himself, gives fans more of an introspective look into Harris’ music as a whole.

Check out the video below and let us know what you think.

ZOE SALDANA ON 'GUARDIANS' FRANCHISE: 'I AM PART OF SOMETHING THAT MY KIDS ARE GOING TO BE ABLE TO WATCH'

IT'S THE REMIX! 2-YEAR-OLD STEALS THE SHOW WITH 'FRESH PRINCE OF BEL-AIR' THEMED BIRTHDAY VIDEO

IT'S THE REMIX! 2-YEAR-OLD STEALS THE SHOW WITH 'FRESH PRINCE OF BEL-AIR' THEMED BIRTHDAY VIDEO