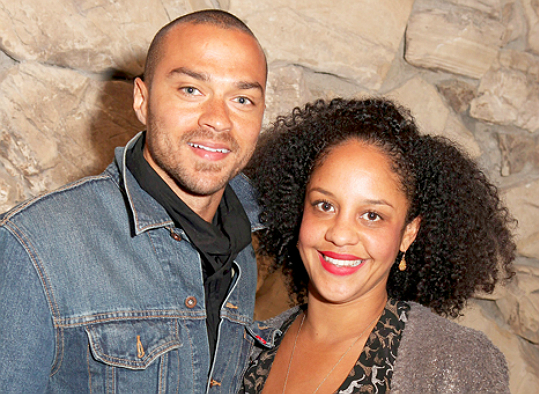 Jesse Williams and his wife, Aryn Drake-Lee, are headed for divorce court and the Grey’s Anatomy star is seeking joint physical and legal custody of their kids. TMZ shares details from the estranged couple’s marriage dissolution petition.

According to the media source, Jesse “is requesting joint physical and legal custody of their 3-year-old and 1-year-old kids.” The actor is also asking the courts to refrain from awarding Aryn spousal support.

News of Jesse and Aryn’s divorce broke on Monday. TheJasmineBrand.com alleges to have spoken with a family friend who gave the inside scoop on the couple’s marital problems. “They’re trying to keep their split top secret and away from the public,” the source claimed. “They’ve actually been separated for awhile now.”

Regardless of how long Jesse and Aryn have been separated, the two have enjoyed good times together during their five years of marriage. “It’s hard to describe,” Jesse said after the birth of his and Aryn’s first child, Sadie. “It’s wonderful,” the actor said. “A new discovery every day. It’s great and I’m loving it.”

Jesse and Aryn welcomed their son, Maceo, nearly two years after becoming parents for the first time in 2013. Sadie turns 4-years-old this year while Maceo will celebrate his second birthday in October. Stay tuned for more news surrounding Aryn and Jesse Williams’ divorce.

DERRICK ROSE CATCHES A CHICAGO 'BULLS' GAME WITH HIS SON

DERRICK ROSE CATCHES A CHICAGO 'BULLS' GAME WITH HIS SON