DERRICK ROSE CATCHES A CHICAGO ‘BULLS’ GAME WITH HIS SON 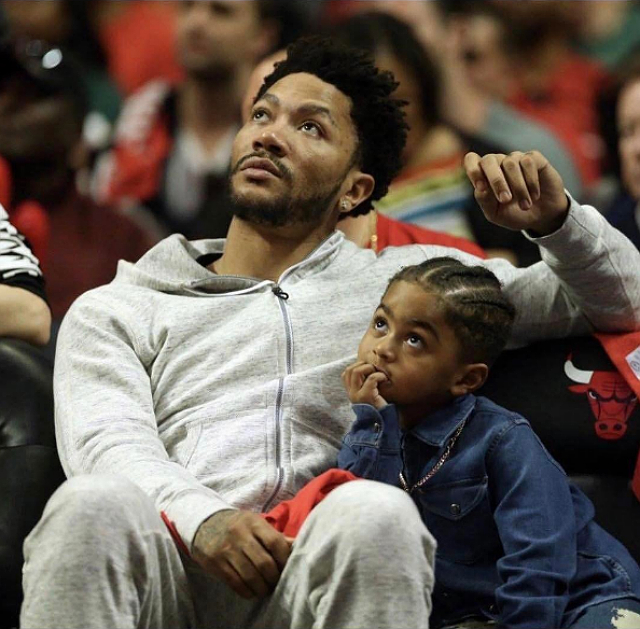 Derrick Rose sat on the sidelines with his son, PJ, at Sunday’s basketball game at the United Center in Chicago, Illinois. The New York Knicks player watched as the Boston Celtics defeated his former team, the Chicago Bulls, with a final score of 104-95.

“If I was by myself, it might be a little bit weird,” Derrick said of watching Sunday’s game. The star athlete told media that his son made the experience a little less awkward.

“He makes it a lot easier,” Derrick revealed. “I look at it all that happened in the past. The memories will always be there. My heart is still here when I visit. I just love basketball, so I had to watch.”

It’s been a few months since Derrick Rose made his transition from the Bulls to the Knicks. “I’m going into it with an open mind and will listen to everyone,” Derrick said of his venture into the second season of playing for the team. Rose’s first year with the Knicks was quite turbulent as the team’s winning average was low.

“Last season sucked losing,” Derrick admitted. “But it was a great experience,” he added. “I loved the guys that I played with and I loved the coaching staff. And who wouldn’t like playing in New York? It was great.”

PJ is Derrick Rose’s son with Mieka Reese. The little one celebrates his fifth birthday in October.