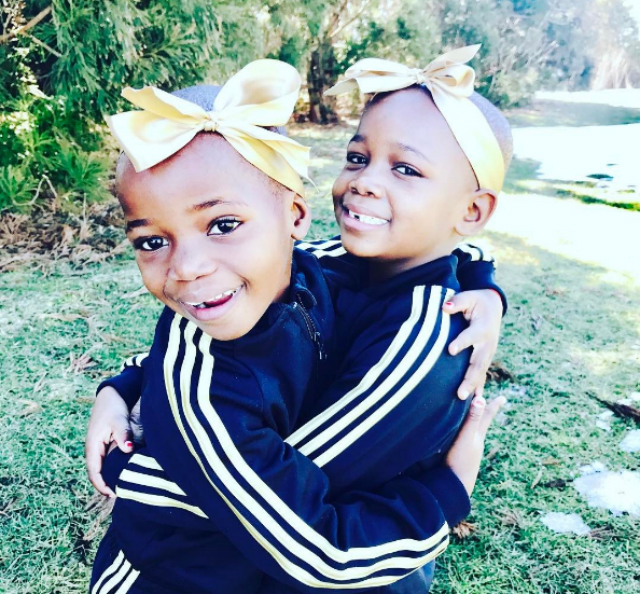 Happy Friday from Esther and Stella! Madonna’s daughters spread a bit of weekend joy with video footage of them proclaiming to be clowns.

“I’m a clown,” the twins exclaimed in the footage. “Happy Friday,” Madonna captioned.

Stella and Esther have adjusted quite well to their new home in the United States. The twins spend a lot of time with older siblings David and Mercy and even get in a bit of dress up in front of the camera’s lens from time to time. “Getting Ready For the week ahead,” Madonna shared along with a picture of Esther and Stella posing while rocking wigs earlier this week. “Two beauty queens striking a pose,” one fan commented. “Love them playing dress up.”

Madonna always encourages her kids to embrace their passions and creative intuitions. “That’s always the challenge for me,” the singer said of her quest to parent well while maintaining a thriving career during a red carpet interview last year. “Being a good mother, being an artist, getting through it all,” she said.

Esther and Stella joined Madonna’s happy family a few weeks ago. The ‘Material Girl’ singer adopted the twins from the same Malawian orphanage that she adopted David and Mercy from several years back. Madonna parents six kids in all.

WALE IS 'ENAMORED WITH HIS DAUGHTER'

WALE IS 'ENAMORED WITH HIS DAUGHTER'