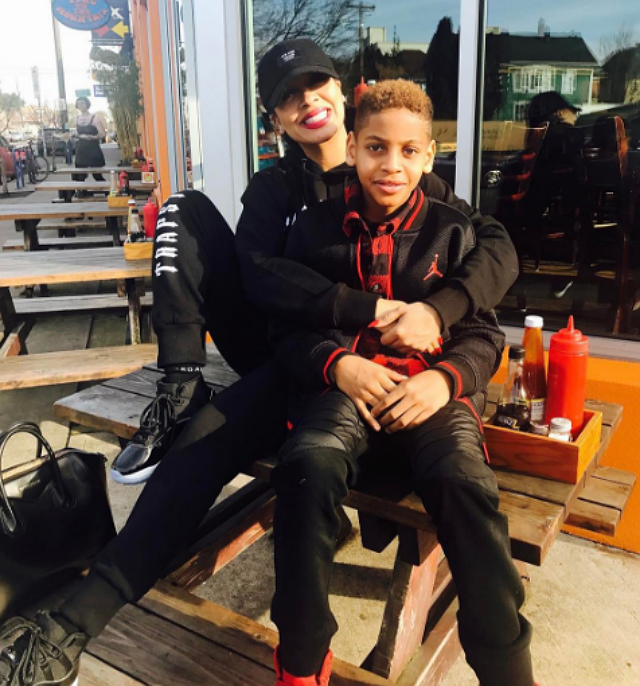 Carmelo and La La Anthony have reached another stage in their separation: custody of their 10-year-old son. It seems that La La will be awarded primary custody of Kiyan, according to recent reports by TMZ.

“Sources close to the former couple tell us 10-year-old Kiyan will live with La La in NYC, but Melo has a totally open line of communication and will able to spend time with his son as much as he’d like,” the media source states. The Anthonys appear to be trying to work out a shared custody arrangement without court intervention so that Kiyan can maintain the structure that he’s enjoyed throughout their marriage.

News of La La and Carmelo Anthony’s separation broke earlier this week. Several media outlets inferred that Carmelo was an infidel who had an affair with a dancer before a family friend repudiated such claim.

“They have been fighting for about a year,” an inside source told Daily News a few days ago. “The marriage has always been a rocky one, so this is no surprise.”

The separation certainly came as a surprise to many fans as Carmelo and La La were the epitome of a strong couple in the public eye. In fact, La La seemed hopeful of a lifetime spent with Carmelo during an interview with Access Hollywood just two days before news of her marital troubles hit mainstream media. “Whatever’s meant to be, will be,” La La said of the possibility of Carmelo being traded by the Knicks. “I’m a firm believer in that and I’ll make it work,” she added.

Carmelo and La La Anthony were married for seven years before moving for separation. Kiyan is the celebrities’ only child together.