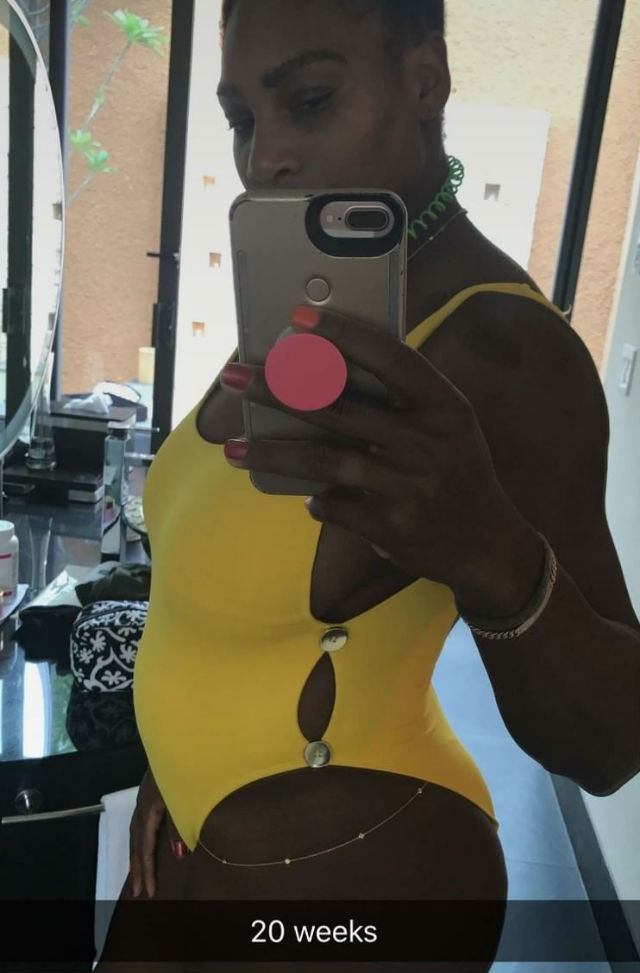 Surprise! Serena Williams is pregnant. The tennis star announced her expectancy via Snapchat on Wednesday.

“20 weeks,” Serena captioned in video footage of her giving the camera a side angle of her bump. Williams was wearing a yellow bathing suit in the shot that definitely placed emphasis on her protruding stomach.

News of Serena’s expectancy comes months after the tennis star announced her engagement to Reddit co-founder Alexis Ohanian. “It feels good,” Williams said of her betrothal in January. The star athlete was so focused on her performance in the Australian Open at the time that she didn’t think too much about wedding plans. “I just keep saying, ‘February, I’ll start looking at the bigger picture of my life.’ But right now I’m just so focused that this is all I can think about,” Williams told media.

My only regret is not pointing my toe sorry coach Garry ?

Serena will now need to focus on marriage and baby plans, which shouldn’t be too challenging with an amazing fiance like Alexis by her side. “He’s incredibly — a really nice person,” Serena shared with PEOPLE. “I think he definitely treats everyone the same, which is really cool to see. Really, really nice to see.”

Serena Williams and Alexis Ohanian are expecting their first child to arrive in the fall. Stay tuned for updates!