Home » NEWS » LA LA AND CARMELO ANTHONY’S SEPARATION: WHAT YOU NEED TO KNOW

LA LA AND CARMELO ANTHONY’S SEPARATION: WHAT YOU NEED TO KNOW 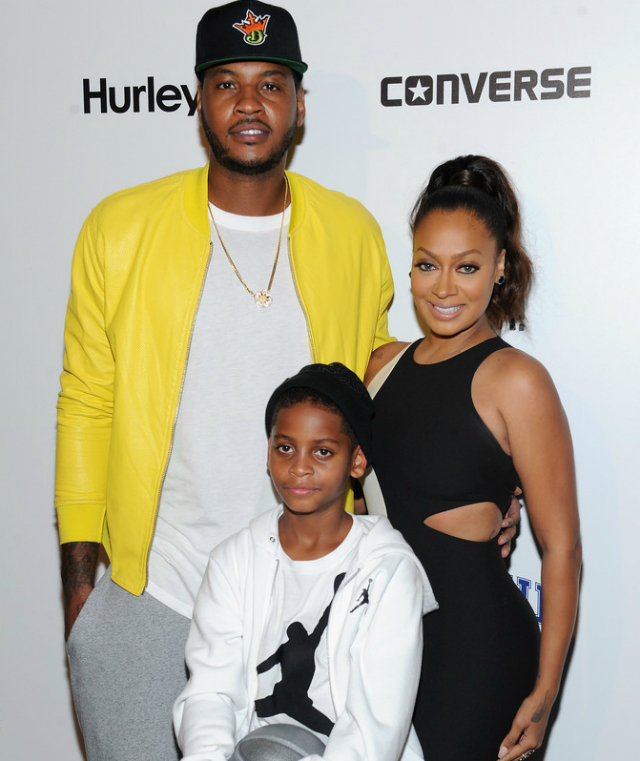 The rumors have been swirling ever since news of La La and Carmelo Anthony’s separation broke on Monday. Here are four things that you need to know about the story.

1. Carmelo and La La Anthony reportedly moved for separation after seven years of marriage.
TMZ broke the story on Monday by telling its readers that sources close to the family revealed La La and Carmelo were living apart from one another. “We’re told the couple’s had ups and downs in the past, but the current NBA season has been extremely stressful on the marriage for several months,” the media source reported. “Carmelo’s been plagued by trade talks … with the Knicks looking to move him to another team.”

2. Carmelo was accused of having an extramarital affair that led to his and La La’s separation.
Carmelo allegedly had an affair with a dancer who became pregnant. “We’re also told she has made it clear to Melo she expects him to kick in for medical expenses and other baby-related costs,” TMZ Sports reports.

3. Carmelo’s extramarital affair is not a fact.
Page Six allegedly spoke with a family friend who denied rumors of Carmelo having an affair. “The stripper pregnancy rumor is not true,” the source said. “Yes he’s not been perfect, but the baby with a stripper isn’t true.”

Carmelo and La La Anthony wed in 2010. The celebrities are the proud parents of a son named Kiyan who celebrated his tenth birthday last month.