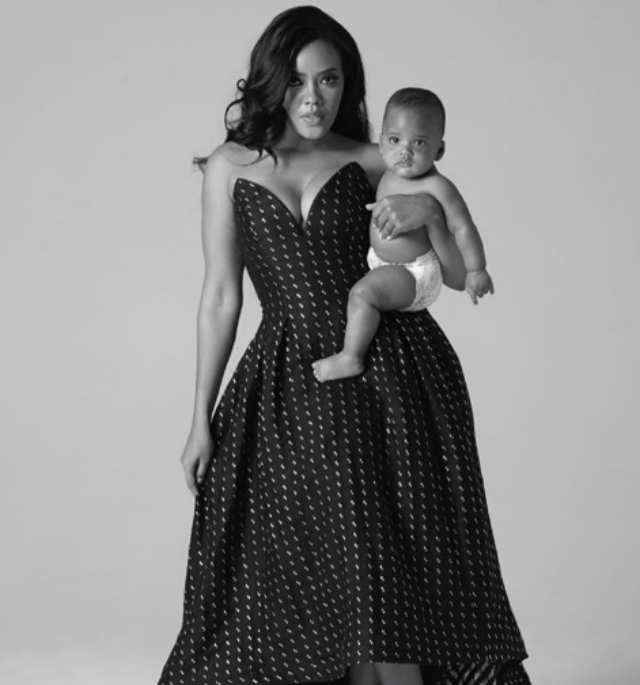 Sutton Tennyson, Jr. is a busy little boy! Angela Simmons recently shared pictures from her recent photo shoot with her son that were both hilarious and lively.

One photo captured Angela and Sutton in the moment. The celebrity mom was holding her son in the candid while he gave the camera a serious expression. Another series of pictures represented what was going on behind the scenes of the shoot. “What you see vs reality,” Angela joked. “My son was planking off of me,” she added. “He is a wild boy already.”

What you see vs reality lol !! My son was planking off of me .. ?? he is a wild boy already !!! Haha #wouldnttradeitfortheworld ???

Sutton is becoming familiar with a few things, which includes days at work with his mom. Angela took her son to work with her last week and recorded a few moments of her bonding with Sutton. “Are you at work with mommy,” Simmons asked her little one before giving him a kiss.

Sutton is bound to learn a few things about style as his mom is quite the fashionable one. “It’s important to mix up your style,” Angela shared during an interview with Glamour. “My stylist always pulls some really cool stuff and we try cool new designers,” she added.

Sutton Tennyson, Jr. is Angela Simmons and fiance Sutton Tennyson Sr.’s only child. The little one celebrates his first birthday in September.

MR. PAPERS WRITES HEARTFELT NOTE TO ROYAL: 'IT'S CRAZY HOW THIS IS THE ONLY WAY I GET TO SEE MY OWN DAUGHTER'

WIZ KHALIFA AND SON ARE GETTING A HEAD START ON SUMMER

WIZ KHALIFA AND SON ARE GETTING A HEAD START ON SUMMER