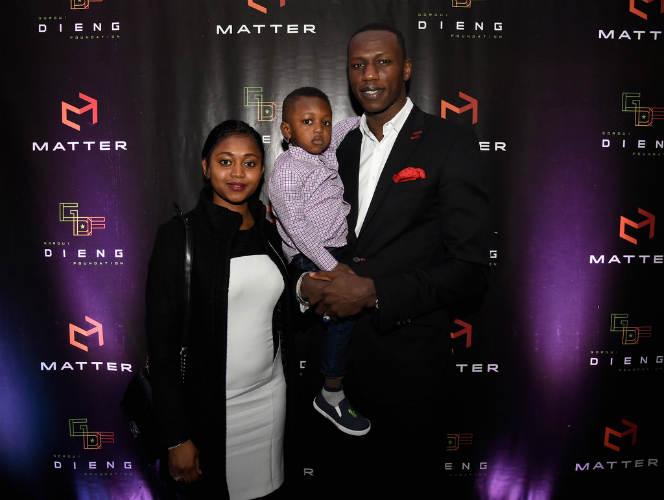 Gorgui Dieng and his family were among many at the “MATTER Presents: The Gorgui Dieng Project” event earlier this week. The gathering was held in Wayzata, Minnesota, and Gorgui had his wife, Amalia, and son beside him on the red carpet.

MATTER Presents was a charitable event that gave fans an evening of good food and camaraderie at the private residence of Bill and Teri Popp. Funds received went towards The Gorgui Dieng Project, which works to give basic necessities to impoverished communities.

Gorgui is working hard in the charity sphere in addition to playing with all of his might on the court. The Minnesota Timberwolves star recently discussed his experience with the NBA during an interview with Basket USA.

“When you are part of a franchise, it’s up to her to tell you what she wants from you,” Dieng revealed. “Everyone has a role to play, and I am ready to work no matter what I am asked,” he explained. “If I were in another team, maybe I would have a different role and therefore I would play in a different way. But here my role is clear. They do not ask me to score 25 points per game, they ask me to defend and do the shadow work. If they ever want me to be more aggressive in attack, I can do it too.”