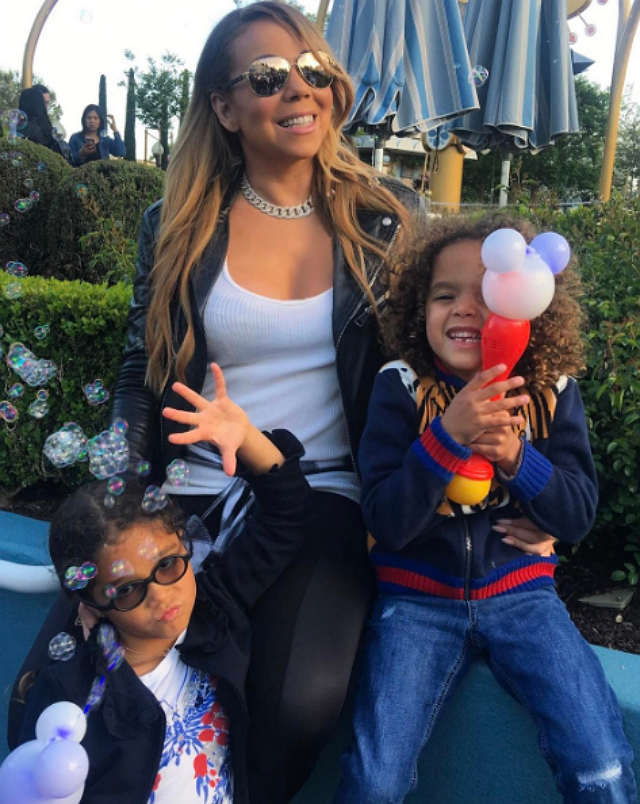 Mariah Carey and her kids, Monroe and Moroccan, spent the day at Disneyland on Wednesday. The Pop star and her kids had a blast at the theme park.

“Disneyland with #demkids,” Mariah shared along with one picture of her and the twins smiling. Monroe struck a pose while trying to catch bubbles. Moroccan held a toy close to his face. “Mom looks good on you,” one fan wrote. “You look happy.”

Mariah has accomplished much in her career, which includes a docuseries. Fans got an up close and personal look at Carey’s life as a mom and celebrated recording artist when her show, Mariah’s World, aired on E! earlier this year.

“This was me doing me,” Mariah said of the show during an interview with Variety last December. “If people have a good sense of humor, they’ll just be like, Oh, we kind of get her. She’s campy, she’s this, she’s that, she’s not always serious,” she added.

Although she’s no fan of revealing every intricate detail of her life, Mariah told media that she was open to the idea of sharing more behind-the-scenes action with fans. “If people like [Mariah’s World] then I will think about it,” the singer said. “If I’m the studio, I don’t really like people to be around me that much. I prefer to be alone or with my engineer. So we’ll see.”

Mariah Carey has two kids with ex-husband, Nick Cannon. Monroe and Moroccan celebrate their sixth birthdays at the end of this month.

YARA POSES IN PRADA AND MIU MIU FOR @YAHOOSTYLEBEAUTY