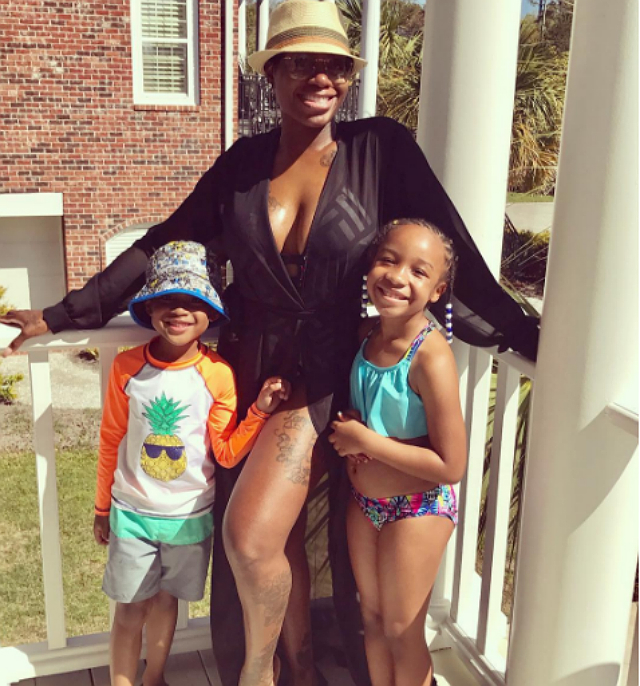 Fantasia’s latest album, The Definition Of was definitely in the plan as the project debuted last July. “I was just at that place where I didn’t want to do what everybody else was doing,” the singer said of her latest project. “I don’t want the label to come to me and say, ‘Well this is what’s hot right now so this is what we should do because this is what the radio will play,'” she added. “I wanted music that would touch people’s hearts; that would bless people and move people because, you know, music makes the world go round.”

Why am I so Happy @onlyzion_ @prettyboss29 Get over here and swim with us??

CHANCE THE RAPPER AND DAUGHTER TAKE IN A BASKETBALL GAME