Home » NEWS » ZOE SALDANA: ‘NOW I HAVE TO ANSWER TO THREE LITTLE GUYS AND A HUSBAND — AND I LOVE IT’

ZOE SALDANA: ‘NOW I HAVE TO ANSWER TO THREE LITTLE GUYS AND A HUSBAND — AND I LOVE IT’ 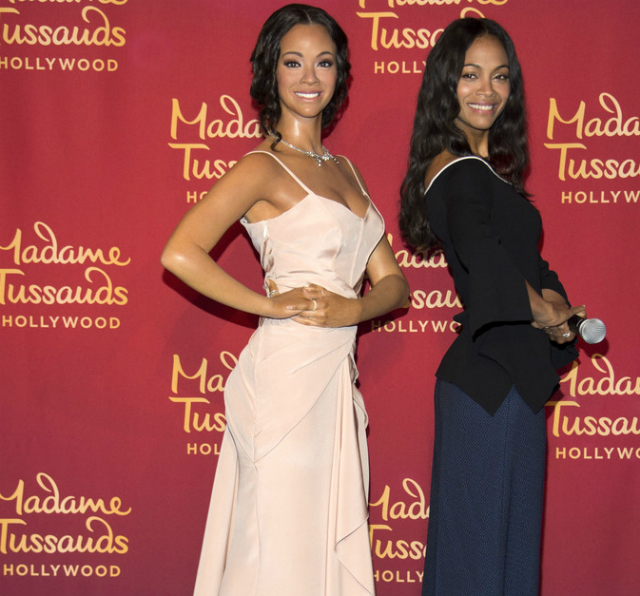 Life as an actress and mom is hectic yet enjoyable for Zoe Saldana. The Sci-Fi star tells The Daily Telegraph how her off days are spent at home now that she has a husband and three sons.

“Before I had children, whatever extra time you have when you’re not working, you’re sleeping, or drinking, or partying – you have no responsibility for anyone’s life,” Zoe reveals. “But now I have to answer to three little guys and a husband – as soon as I come home from work, I’m working till everyone’s asleep, you know? And I love it.”

Saldana also loves Sci-Fi acting roles that let her delve deep into fantasy. “I get to imagine the unimaginable,” she shares. “I’m always in awe of writers, directors and actors who are able to pull off a world we’ve never seen – I love working with people who let their imaginations go. Plus, you get to play characters who defy gravity. I like that.”

Zoe further explains that the realm of science fiction makes her feel “superhuman” and further helps with defining her identity, which is complex in all forms. “I’m not a conventional person because of the color of my skin or my gender or my cultural background,” Zoe says. “So I think science fiction has given me the ability as an artist to be colorblind, and gender-blind, and to imagine and reinvent myself and be the chameleon actors are supposed to be.”

Zoe Saldana and husband Marco Perego have three kids together. The couple’s youngest son, Zen, was born in February. Zoe and Marco’s twin sons, Bowie and Cy, celebrate their third birthdays in November.

CHRIS BROWN TOURS THE WORLD WITH HIS 'HEART'

CHRIS BROWN TOURS THE WORLD WITH HIS 'HEART'