Home » NEWS » CHRIS BROWN TOURS THE WORLD WITH HIS ‘HEART’

CHRIS BROWN TOURS THE WORLD WITH HIS ‘HEART’ 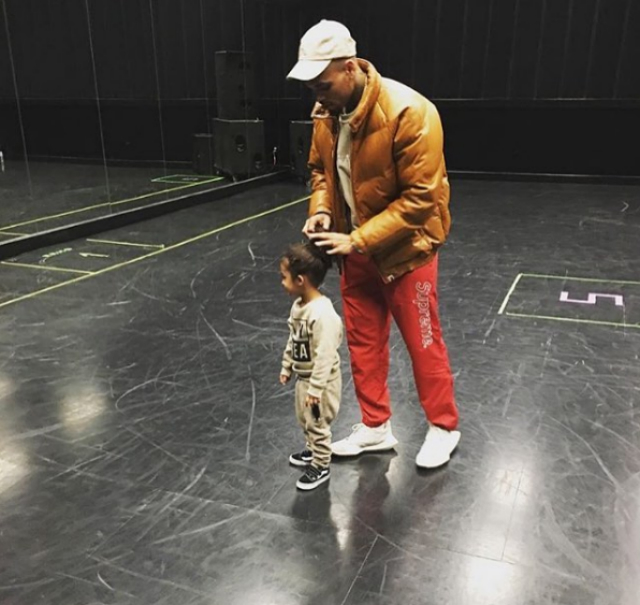 Chris Brown is on the road with his daughter, Royalty. The recording artist shared a picture of him and his little one backstage on Monday.

“My heart,” Chris Brown told fans. The star father was photographed while putting the finishing touches on his daughter’s look. Royalty viewed her father’s progress by staring at the mirror wall in front of her. “So sweet,” a fan commented. “Cutie with dad,” another follower wrote. Royalty also celebrated the late Selena Gomez with an outfit that honored the singer while spending time with her mom, Nia Guzman. “22 years remembering #Selena,” Nia captioned.

Royalty has given both of her parents a drive like no other. “It’s very humbling,” Chris said of parenting during an interview in 2015. “You know, it’s very calming. I think I was a lot, you know, rambunctious, very hyper as a kid but now seeing that 10 times over, my daughter’s kinda like mellowing me out,” he explained.

Royalty is Chris Brown and Nia Guzman’s only child together. She celebrates her third birthday next month.

ZOE SALDANA: 'NOW I HAVE TO ANSWER TO THREE LITTLE GUYS AND A HUSBAND -- AND I LOVE IT'