REPORT: MEL B WINS PERMANENT CUSTODY OF HER AND STEPHEN BELAFONTE’S DAUGHTER 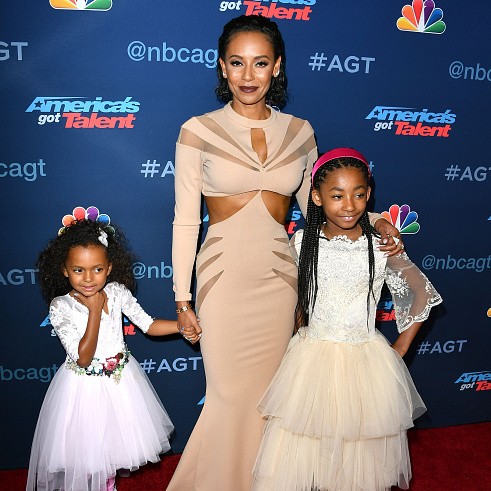 Things are heating up between Melanie Brown, a.k.a. Mel B, and Stephen Belafonte. It appears that Stephen has lost custody and visitation rights of his and Mel’s daughter, Madison.

“Following Melanie Brown‘s, 41, abuse accusations, soon-to-be ex-husband Stephen Belafonte, 41, was denied visitation rights to see his 5-year old daughter Madison, according to a court order obtained by HollywoodLife.com. This news comes hours after the former Spice Girls singer was granted a restraining order against Stephen, claiming he beat her, cheated on her multiple times over the course of their 10-year marriage, and forced her into having 3-way sex.”

Reports of Mel requesting sole custody of Madison began circulating earlier this week. TMZ deemed Stephen’s domestic violence conviction, which prohibited him from having a gun in his possession, as the motivation behind Mel’s change of heart regarding custody. According to the media source, “When Mel B filed for divorce last month she said she wanted joint legal and physical custody. Sources connected with Mel tell TMZ at the time she had no idea Stephen had a conviction for domestic violence involving another baby mama. She also didn’t know the conviction prohibited him to possess a gun.”

All of these accusations encouraged Mel to go for primary custody. The court obviously agreed with her motives, which is why it granted Mel B’s petition. Melanie Brown is the proud mother of three kids.