SHE’S READY TO POP! CIARA NEARS HER DUE DATE 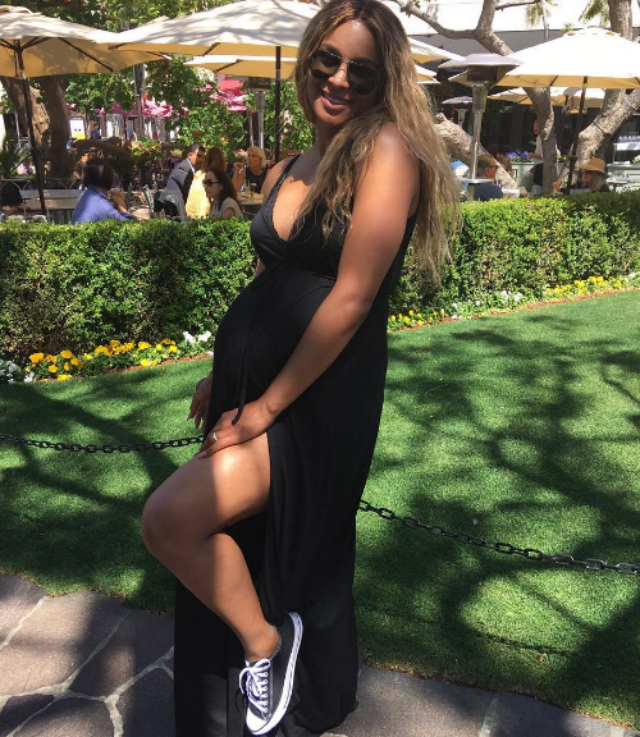 She may be tight-lipped about her projected due date, but it is clear that Ciara’s labor and delivery experience is near. The singer took to Instagram to share recent photos of her protruding stomach and the pictures showed the possibility of the singer giving birth being right around the corner.

In one photo, Ciara can be seen striking a pose while sporting a cute maxi dress. “Vibes,” the singer wrote. Another candid was of Ciara accessorizing the dress with a hat. “Love u cee, cee,” one fan said. “Your [sic] beautiful,” another follower commented.

It was just a few days ago that Ciara and her husband, Russell Wilson, celebrated the impending birth of their little one with an elegant baby shower. The all-white event was held in a tent that overlooked the city of Los Angeles. Ciara’s pregnancy glow was evident as it radiated in several shots that she and Russell took.

News of Ciara and Russell’s expectancy spread shortly after the couple tied the matrimonial knot last year. The Wilsons remained celibate during their courtship in hopes of growing closer to one another. “I said to her — and she completely agreed — ‘Can we love each other without that?’ If you can love somebody without that, then you can really love somebody,” Russell revealed during a recent interview.