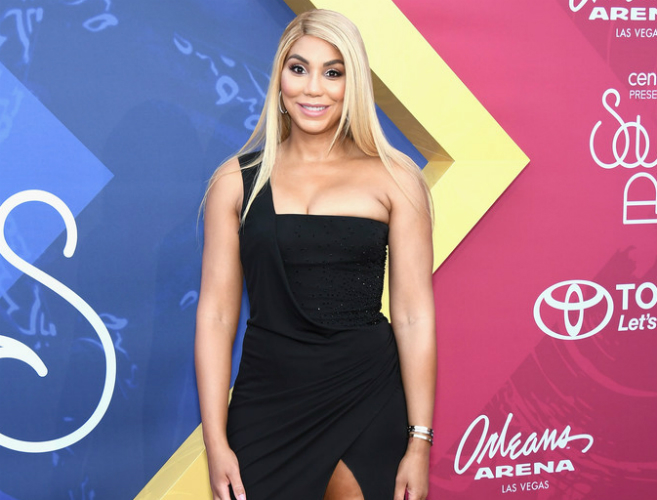 It’s no secret that Tamar Braxton and Vincent Herbert want more kids. Thursday night’s episode of Braxton Family Values spotlighted the couple’s efforts to conceive by way of IVF treatment in addition to revealing the shocking news of Tamar suffering a miscarriage.

“You know, I didn’t tell nobody because it was very very new. Well, maybe, like, a week before I went to Atlanta, I found out that I was pregnant,” Tamar reveals to big sister, Toni Braxton on the show. Excitement exudes from Toni as she spreads her arms wide while yelling, “Congratulations! You’re pregnant!” Tamar quickly reveals that she was expecting a child, which makes Toni dial back her enthusiasm and realize that her sister suffered a miscarriage. “I’m sorry, Tay,” Toni quietly says.

The scene was difficult for anyone to watch, and many fans flooded Tamar’s social media pages with bundles of support. “My heart goes out to you for your loss. Blessings to you and your family,” @MyBerry2u tweeted. “You are loved and prayed for,” @purplepheluv wrote.

Tamar thanked her village for their thoughts and kind words after Thursday night’s episode. “Thanks for watching guys,” she exclaimed. “Tonight was a hard one…. I love u all so much.”

Thanks for watching guys!! Tonight was a hard one…. I love u all so much ❤ #bfv

Tamar Braxton and Vincent Herbert are the proud parents of a son named Logan. Check out the clip below to see how the celebrity mom has been struggling to conceive baby number two.

APRIL STAR IS A 'FEARLESS BEAUTY'