APRIL STAR IS A ‘FEARLESS BEAUTY’ 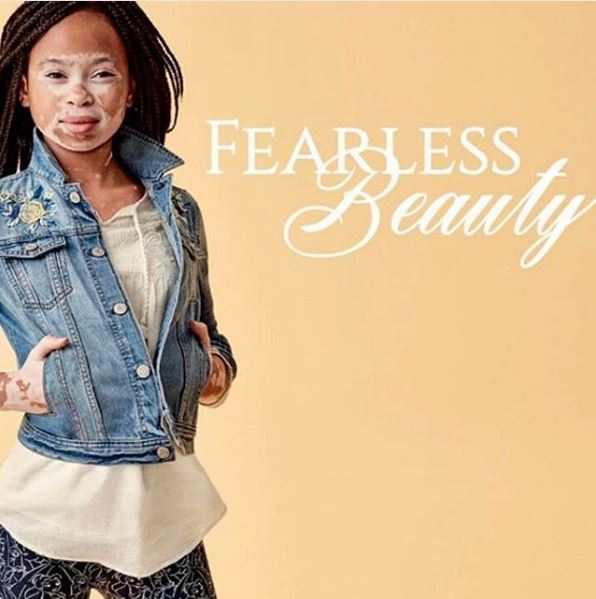 Inspiring 11-year-old, April Star is back in the limelight once again and this time she is the face of Gap’s “Fearless Beauty” campaign.

“I’m not scared to do things,” April commented in Gap’s campaign video. “I can dance in front of a crowd. I don’t really get shy that often.”

Having been diagnosed with vitiligo at six-years-old, she has had her share of bullying but that hasn’t deterred her from being one of the strongest young people in the world, owning her condition, serving as an example while sharing her story with others.

The “Fearless Beauty” campaign was launched earlier this month in partnership with Disney to celebrate strength and beauty during the release of the new Beauty and Beast Gap collection. April is one of several models featured in the campaign.

“I feel like when you have confidence, you’re not scared. It’s kind of the same as courage. So confidence is courage.” We couldn’t agree more!

Check out the video below! April Star is definitely redefining beauty in a fearless way! We can’t wait to see more of this shining star.

Excited to announce that I'm with @gapkids for #fearlessbeauty campaign. "Confidence is courage.” — April, age 11. Hear from more #fearlessbeauty girls and shop the new Disney Beauty and Beast collection through the link in their bio. #GapxDisney #aprilstar

ZOE SALDANA ON SONS' PRIVACY: 'WE NEED TO PROTECT THEIR ENVIRONMENT'