TERRENCE HOWARD ON FATHERHOOD: ‘I’M MORE CONSCIOUS AND PRESENT THIS TIME AROUND’ 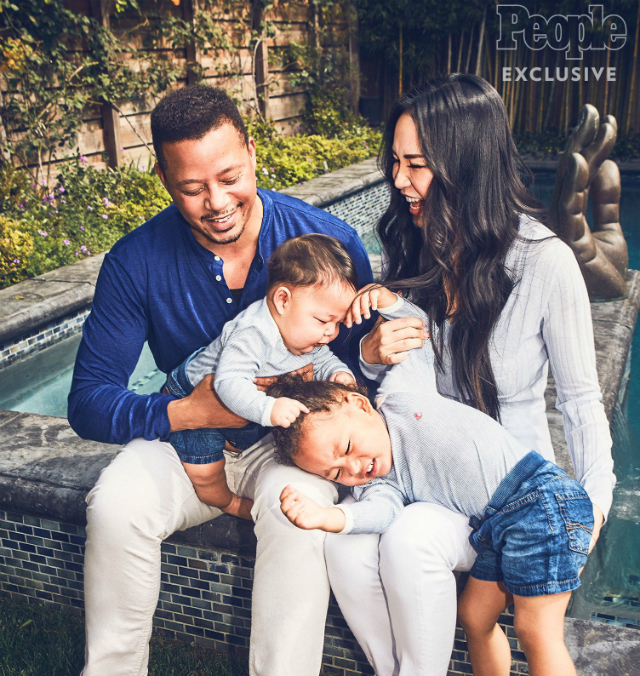 Life experiences are making Terrence Howard a better father. The celebrity dad opens up to PEOPLE about his life as a parent of his sons Quirin and Hero years after rearing his older children.

“I was 24 when I started my first batch,” Terrence says of his journey down fatherhood beginning at age 24. “I was still becoming a man,” the actor adds. “I didn’t really put the time in to my kids,” Terrence admits. “I called them every day and they said they saw me more than enough, but I feel like I missed out on a lot of personal time with them. Now I’m more conscious and present this time around.”

Speaking of being present, Terrence is adamant about teaching his kids to respect all aspects of nature. “He refuses to kill a fly,” Mira tells PEOPLE. “We’re trying to teach our kids not to pick flowers,” she adds.

Terrence explains the method to his madness by telling media, “If everyone on this planet just acted like a blade of grass, this would be a beautiful place. A blade of grass only takes what it needs. And if you break it, it doesn’t spend its time cursing you out and trying to hurt you in return, it just keeps growing. We all have growing to do.”

Terrence Howard is the proud father of five kids. Catch the star in action when the latest season of Empire returns to FOX tonight at 9PM (ET).

LONI LOVE SHARES PREGNANCY AND MISCARRIAGE EXPERIENCE ON 'THE REAL'