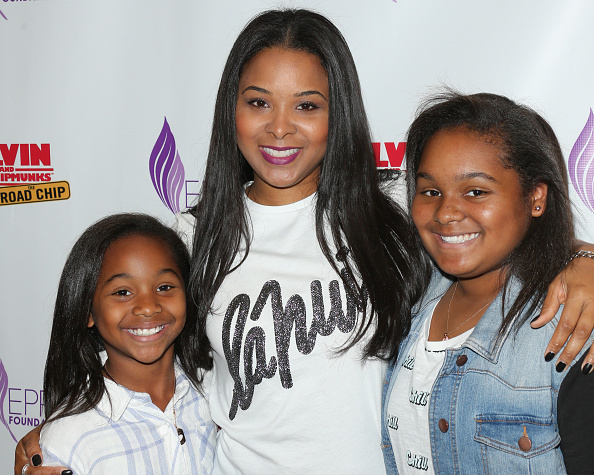 Mechelle Epps is asking her ex-husband for an enormous amount of spousal and child support. TMZ has obtained court documents that show Mechelle’s request for more than $1 million annually from Mike Epps.

“Mechelle says she spends several thousand bucks a month on shoes and clothes for their 10 and 12-year-old girls. Plus, the girls have to get their hair braided at an “expensive salon” … not to mention food, vacations and $72k per year for private schooling.

Mechelle says her mom handles nanny duties for a mere $3,500 monthly, plus another $600 to cover Mom’s Mercedes.”

Mechelle estimates that $109,000 per month should be enough to cover all of her and the children’s expenses. The celebrity mom is also asking for sole custody of the family home.

Mike Epps filed for divorce from his wife last year after ten years of marriage. Mechelle later told media that the request for marriage dissolution from Mike took her by surprise. “It was shocking to me,” Mechelle revealed. “I didn’t know we were separated since the summer time,” she added. “We’d been doing everything a married couple does up until January.”

TERRENCE HOWARD ON FATHERHOOD: 'I'M MORE CONSCIOUS AND PRESENT THIS TIME AROUND'