Home » NEWS » TYGA AND KING CAIRO DO MINI GOLF TOGETHER

TYGA AND KING CAIRO DO MINI GOLF TOGETHER 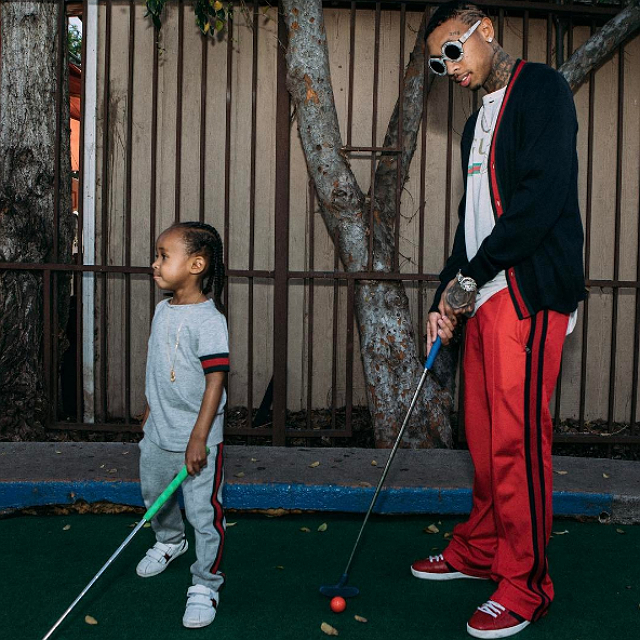 A game of mini golf with dad means everything to King Cairo. The toddler was recently photographed while enjoying the day with his famous father, Tyga.

One candid was of King taking in the sights as Tyga played the game. Both the celebrity father and his son were looking fresh as King rocked a cute gray outfit while Tyga wore sunglasses that were nothing short of stylish. “Flossin,” Tyga shared.

Fatherhood is something that Tyga cherishes. It was just last year that the rapper told Instagram fans that Tupac taught him more about parenting than his biological father. “Pac taught me a lot more than my own father,” Tyga shared. “Inspired me, Motivated Me, Listened without ever being there.”

In addition to giving a shout out to the late Tupac, Tyga addressed his biological father who wrote a letter to his son from prison. “Things could’ve been different if you were around I’m sure,” the celebrity father shared. “But I know life moves on and now I gotta teach my son to be a man. Even tho no one ever taught me how to be one.”