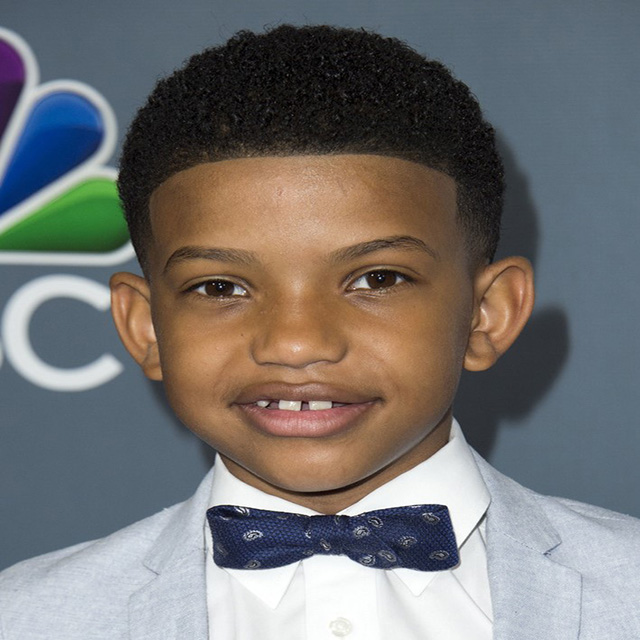 This is Us is not just a television show.  For many, the NBC series has become a cult phenomenon, that pulls viewers in with each and every episode. On March 14th, the cast and crew said goodbye to season one of the show as they attended the finale red carpet screening at Directors Guild of America, in Los Angeles, CA.

Lonnie Chavis, who plays young nine-year-old Randall in the show, hit the red carpet finale for the screening looking as dapper as we have become accustomed to seeing. Dressed in a blue linen suit by @appaman, young Chavis definitely looks like he’s ready to celebrate the success of his show’s first season. And of course, Chavis wouldn’t be Chavis without his signature custom bowtie by @polatteau and shoes from @zara.

Joining him on the red carpet were co-stars Mackenzie Hancsicsak and Parker Bates, who were also dressed to impress, signaling that #younghollywood has definitely come to stay.

Did you see the finale? If you missed it or any of the episodes, now is the time to binge watch so that you will be set for season 2! Don’t forget to bring along a box of Kleenex…you will need it.