REGINAE CARTER IS ALL IN FOR NEW YORK FASHION WEEK 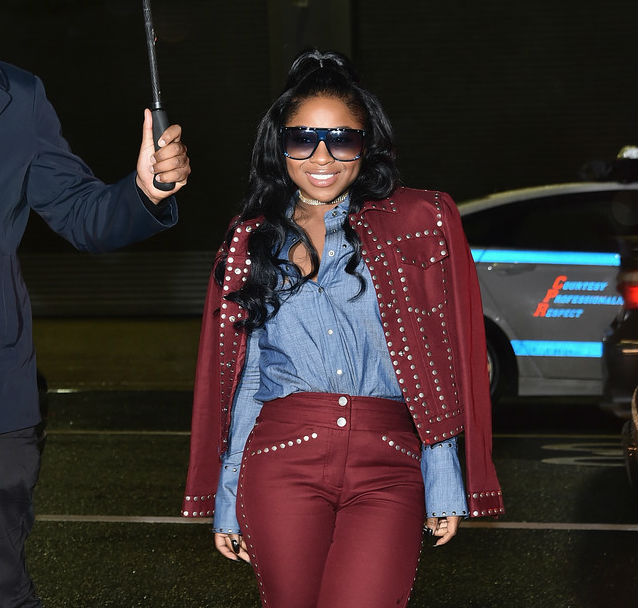 Reginae Carter has got the fashion bug! The daughter of Toya Wright and Lil Wayne stopped by New York Fashion Week a few days ago and has been all about the style ever since.

The young entrepreneur has been sharing photos that exhibit her trendiness all week long. One picture was of Reginae and Emily Bustamante’s daughter at Fashion Week. The two struck a cute pose that put their bond as friends on display. “I like that,” one fan wrote. “You look like your mother in this picture,” another follower told Reginae.

Of course, Reginae got several shots by herself. The young star even uploaded video footage of herself looking fabulous while walking standing outside of the venue. “Quick change,” Miss Carter captioned.

Reginae is every bit a creative like her mom and dad. “I love rapping and singing equally,” the young star told DOPE Magazine a few years back. “It comes from watching my father rap and perform, as well as from listening to such inspirational singers with beautiful voices.”

Although the inspiration to be a recording artist is great, Reginae has followed in her mom’s footsteps as a published author and businesswoman these past few years. “I’ve always watched my mother work so hard on her book and I loved how she was so dedicated,” Reginae said of Toya’s creative process when writing Priceless Inspirations (2011). “Even though I was younger, I believed I could work hard and do the same,” the young star shared.

Reginae Carter is Toya Wright and Lil Wayne’s only child. She celebrates her nineteenth birthday this year.

BEYONCE BUMPS IT UP AT GRAMMY'S AFTER PARTY