ROCHELLE HUMES HAS A POPPING GOOD TIME AT HER BABY SHOWER 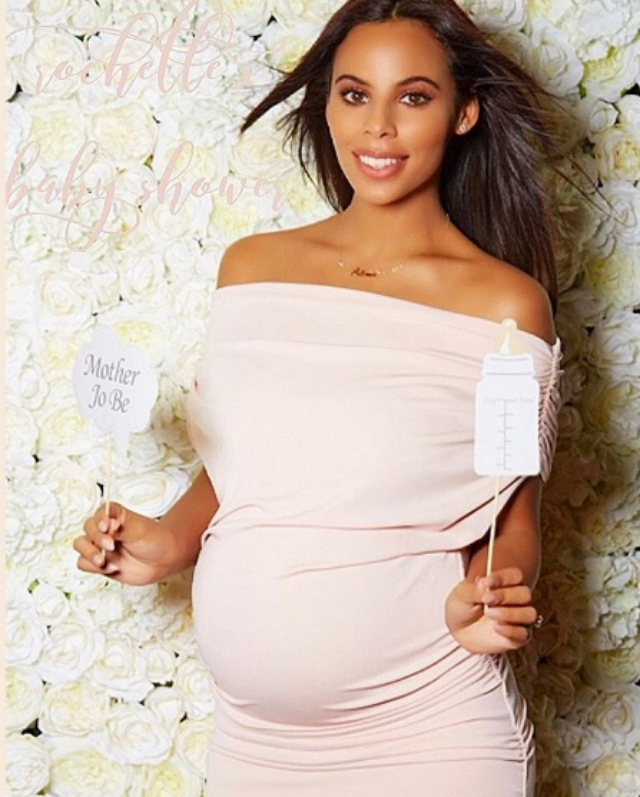 Rochelle Humes celebrated the impending birth of her child this past weekend with family members and friends. The bash with the theme, “Rochelle is Ready to Pop” was held at Bulgari Hotel in London and Rochelle was in the spotlight.

“I genuinely had the best day with the most special people in my life,” Rochelle said after the festivities concluded. “I feel like such lucky girl. Alaia had the best day too,” the actress added in reference to her daughter who was also in attendance at the bash.

Rochelle and her husband, Marvin Humes, announced their expectancy a few months back. Both celebrities took to social media to celebrate the impending birth of their little one. “And then there were 4,” Rochelle shared along with video footage of her showing off her baby bump. “We’re over the moon,” Marvin exclaimed. “Baby Humes no2 is on the way.”

The newest family addition will join Marvin and Rochelle’s daughter, Alaia, at home. Alaia has been an only child, though she has longed for a younger sibling for quite some time.

“Alaia would love a little brother or sister,” Marvin said during an interview last year. “She tells us that every day. We’ll wait and see,” he added. “We’re practicing!”

Marvin and Rochelle Humes are expecting their second child to arrive in coming weeks. The couple has elected to keep the gender of their unborn little one a secret.

GALLERY: BEYONCE, JAY-Z, AND BLUE IVY CARTER AT THE GRAMMYS

GALLERY: BEYONCE, JAY-Z, AND BLUE IVY CARTER AT THE GRAMMYS