BLAC CHYNA IS ENJOYING A ‘FABULOUS LIFE’ WITH HER KIDS 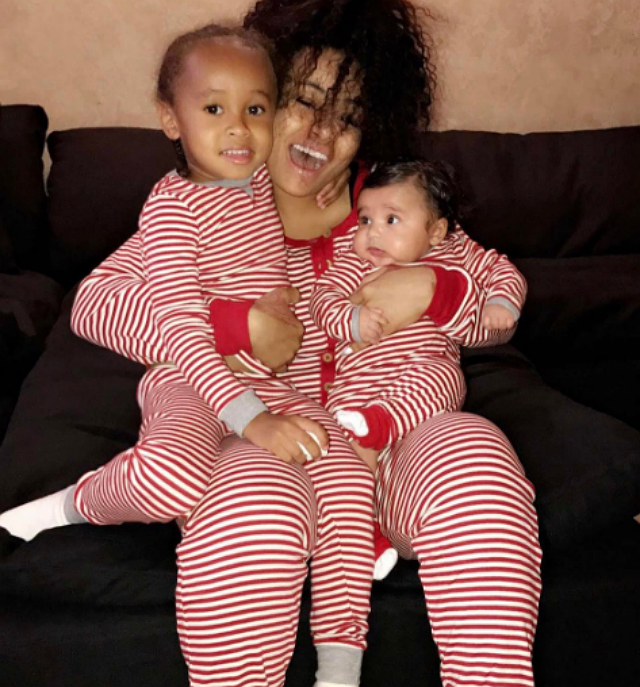 Blac Chyna is enjoying life with her kids. The reality star recently shared photos and video of her, King, and Dream hanging out at home.

“My fabulous life,” Chyna shared along with one photo of her and the kids smiling for the camera. The celebrity mom was holding her daughter while her son got in front of the lens. All three members of the family were wearing matching onesies.

Blac Chyna also uploaded video footage of her son and daughter that was beyond adorable. The reality star asks for a kiss from her son in the clip all while holding her daughter close. “That baby just gave me so much life,” One fan said of King’s adorable persona. “He’s so sweet,” another follower wrote.

It’s been four years since Blac Chyna gave birth to her son and a few months since the reality star welcomed her and fiance Rob Kardashian’s daughter. Chyna got candid about her relationship with Rob during an interview with ELLE last year.

“Most of the time when you’re around the opposite sex, you kinda have to put on a show and not completely be yourself,” she explained. “Around Rob, I’m always able to speak my mind and speak freely and not care. I can do the craziest stuff or say the craziest stuff, and he doesn’t judge me. Like if my stomach hurts, I don’t have to pretend. I can go straight to the bathroom. It’s those little things that really make a big difference.”