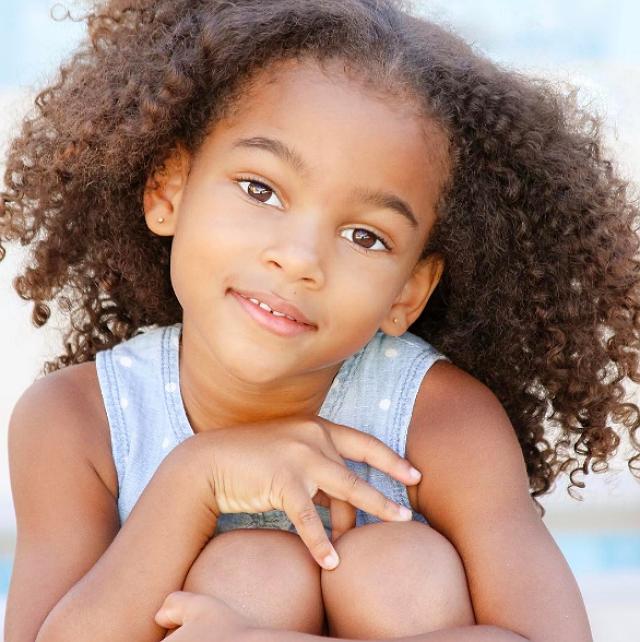 Shai Moss is definitely following in her mom Joie Chavis’ footsteps. The youngster recently signed with Zuri Talent Agency to the thrill of her parents.

Zuri is a company focused on ethics in children’s modeling. It was just last year that the talent agency took to Facebook to express their stance against sexual exploitation in child modeling.

“Zuri is one of the largest youth agencies in the United States, with divisions representing talent in both Los Angeles and New York City,” the post began. “Our company has been in business for almost 8 years with agency President Lindsay Stewart having been in the business since 1995. That being said, we have seen the trends in children’s fashion for decades.”

The post went on to shed light on the rise of photography on social media that sometimes promotes promiscuity in children. “We are seeing photographers shooting children as young as 6, 7, 8, 9 in provocative poses and facial expressions, legs spread (no one needs to see your child’s crotch), insinuations of no clothing on, etc.,” Zuri explained. “We, as an agency, are taking a stand against this and will not contribute in any way to the exploitation or sexualization of children. We will not post any photo that compromises innocence.”

Zuri agency is the perfect fit for Shai whose innocence shines through every time she makes an impromptu video for her Instagram fans. One of her latest clips shows her incredible ability to be naturally entertaining just like her dad, Shad Moss. “This will 100% be my daughter if I ever have one,” the youngster’s Instagram caption reads.

Shai Moss is Joie Chavis and Shad Moss’ only child together. The youngster celebrates her sixth birthday in April.