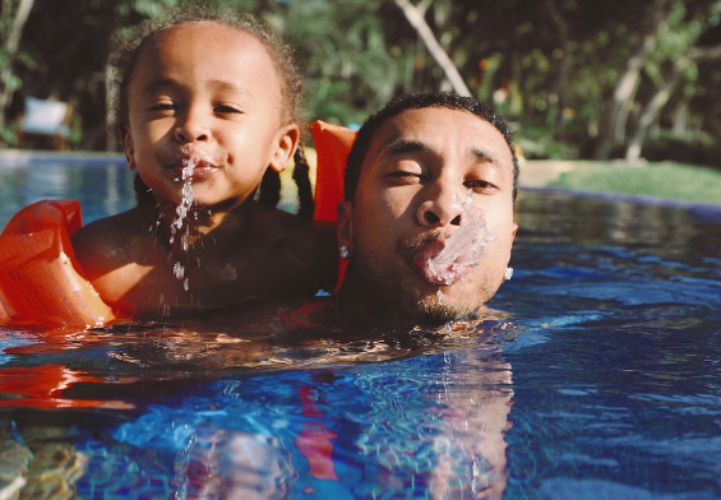 Taking a ride on dad’s private jet, going for a swim on the beach, and posing for the camera are all in a day’s work for King. The youngster was recently photographed by his dad while vacationing with Tyga and Kylie Jenner in Mexico.

One candid shows Tyga holding King in the air while taking a swim. Tyga wears arm bands for added security but really doesn’t need them so long as dad is by his side. “Young OG.”

Living life in the fast lane has become less of a reality for Tyga now that he is a father. The rapper told media last year that King has taught him to appreciate every aspect of the day.

“[King] has changed my life a lot,” Tyga revealed. “He makes me step back and really enjoy life. That’s what life is about. You bring something into the world like that, your whole world kind of stops. It slows down and you look at everything differently.”

The star dad further explained, “It’s just a great accomplishment to have a mini version of yourself. You don’t owe the world anything, but when you bring a beautiful child like this into the world, you know that you’ve got a lot to live for.”

King is Tyga’s only child with ex-girlfriend Blac Chyna. The little one celebrated his fourth birthday with two lavish birthday parties last October.