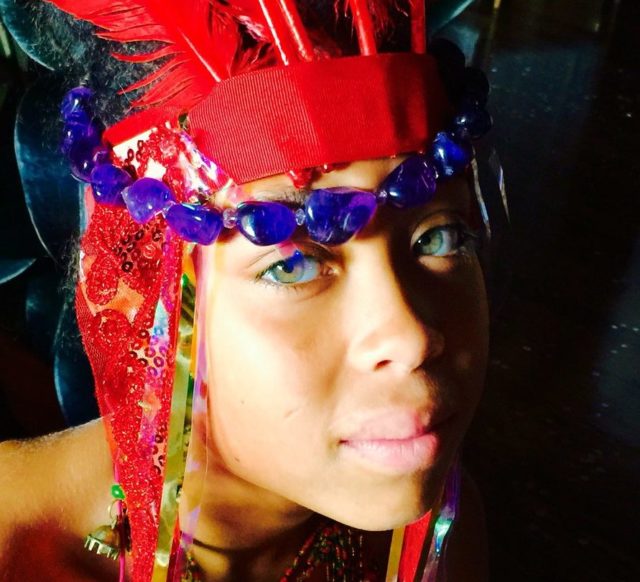 Erykah Badu’s 12-year-old daughter Puma is following in her mother’s footsteps. The celebrity mom recently shared video footage of her daughter covering Rihanna’s “Stay,” which was nothing short of perfection on camera.

Puma belted out the lyrics to the song with confidence. The tween even added a bit of dramatics to make the cover even more special. “Beautiful,” one fan wrote. “Love it,” another commented.

Erykah is a singer and certified doula who prides herself on empowering women. “I come from a long line of strong matriarchs,” she told media in 2010. “I live in a queendom, ruled by a womb-iverse,” Badu added.

Still, even with her incredible strength, Erykah expressed the importance of children having proactive moms and dads. “No one chooses to raise children alone,” Badu revealed. “When you’re in a relationship you want it to work. My parents did, I did. But we are not taught how to make it work. We don’t know how to perform in relationships. I did maths, science, English but we weren’t taught about human interaction, about relations with the opposite sex.”

Erykah Badu is the proud mother of three kids. Puma is the second oldest child of the recording artist while Mars is Erykah’s youngest. Seven is the oldest of the three who celebrated his nineteenth birthday last month.