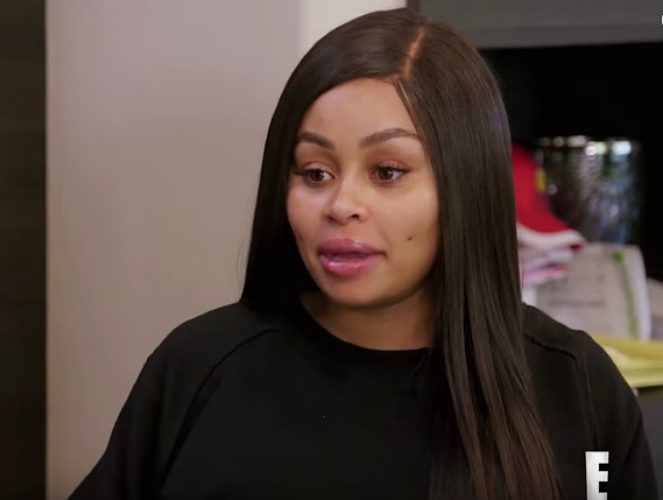 It hasn’t even been two weeks since Blac Chyna gave birth to her and fiance Rob Kardashian’s daughter, Dream, and the celebrity mom is already combating the haters. The reality star addressed a few critics who accused her of undergoing weight loss surgery after giving birth because of her fabulously flat stomach nine days post-delivery.

?? 9 days Postpartum with my 2nd child ( follow my snap BlacChynaLA)

“So I posted a picture of my belly yesterday and the only reason it got that flat, you guys, is from breastfeeding and breast pumping and from my body already being small before my pregnancy,” Chyna said in a special SnapChat video. “Not surgery guys,” she added.

Blac Chyna gave birth to Dream on November 11, 2016. Rob took to Instagram to share his bliss shortly after his fiancee’s labor and delivery. “It was all a DREAM,” the proud father shared along with a picture of his newborn.

“Pops sent us an angel,” Rob added in reference to his late father. “It’s truly a blessing. He’s happier than anyone on this day. I’m so happy and thankful.”

Fans will soon get to see Rob and Chyna’s birthing experience, including the smash hit baby shower that some family friends compared with the Academy Awards, when the couple’s baby special airs on December 18, 2016, at 8/7c on E! Dream is Rob Kardashian and Blac Chyna’s first child together. Blac Chyna has a son named King from a previous relationship.