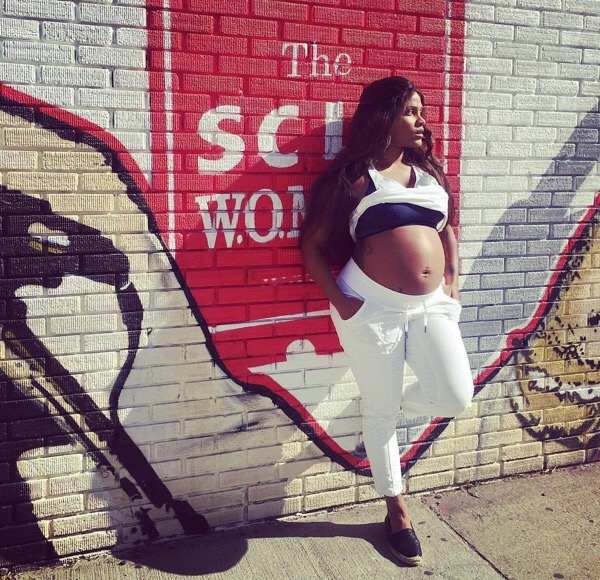 She’s still the baddest. Joseline Hernandez shared an update on her pregnancy this past weekend that included video footage of the reality star getting in her exercise.

One video showed Hernandez doing leg presses. The expectant star cradled her stomach while giving all of her energy to the workout. Some criticized Joseline for doing leg presses while thirty-two weeks pregnant but others had nothing but praise for the reality star. “Looking gud hunny,” one follower commented. She also advised Joseline to “be careful.”

Regardless of how one may feel about Hernandez, the reality star exhibits incredible tenacity that cannot be ignored. Her fierce persona on Love & Hip Hop: Atlanta makes her the life of the party and her willingness to accept responsibility for her actions is lovable.

Joseline went to the extreme of posting a naked picture of herself on Twitter a few months back. Although some praised the star for her boldness, many criticized her for sharing such a provocative candid.

“Everything I do I take responsibility for fully,” Joseline said during an interview with Global Grind. “When they were saying ‘is she a woman, or is she a man?’ I never in my life heard anything like that. It frustrated me. It depressed me. It drove me crazy to the point that I did that — send a picture of myself, humiliating myself even more because I allowed people to get up under my skin,” she added.

Joseline assured her fans that she will never again allow cyber bullies to take her out character by posting nude pics of herself. The celebrity is expecting her first child to arrive in January. See more of the expectant star’s workout routine below!