by BCK staff
in Bump Watch
2 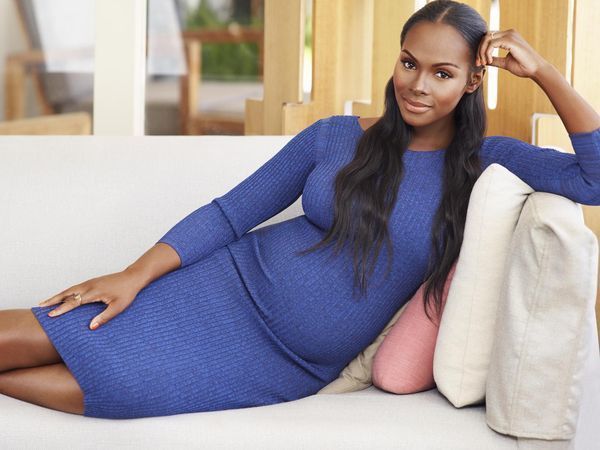 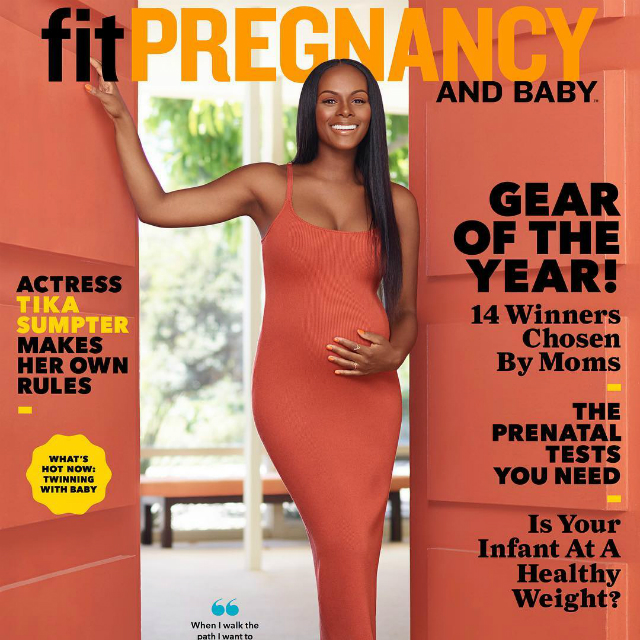 Expectant star Tika Sumpter shares tips on how to do pregnancy on your own terms with Fit Pregnancy magazine. The actress, who is expecting her first child in early October, kept her pregnancy a secret for seven months before she revealed it to the world. Check out five pregnancy tips from her interview with Fit Pregnancy and Baby below!

Her Pregnancy Wasn’t Planned:
“My pregnancy wasn’t planned. I found out around Valentine’s Day, when my boyfriend took me on a surprise trip to San Diego. I never want McDonald’s, but I was like, ‘I need a Big Mac, fries, and a Coke now.’ They were still only serving breakfast, so I insisted we wait there until they started serving lunch. Afterward, I immediately fell asleep. When I woke up, my boyfriend was like, ‘Ha-ha! Are you pregnant?’ I said, ‘Maybe. Go get a test!’ He brought back a generic-brand test, and right away it said positive. I could not comprehend it. So I said, ‘Go get a name-brand test!’ He did, and that one said yes too. I still have the stick. I had to show it to my mom, because she didn’t even believe me when I told her.” 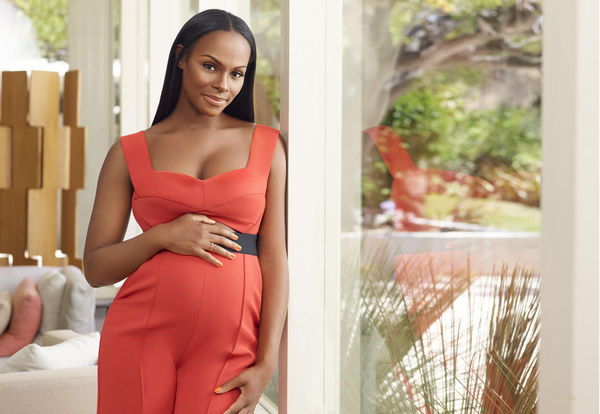 She Plans To Marry…Eventually:
“One of the first questions my mother asked when she found out I was pregnant was ‘Are you going to get married?’ I’d love to, but maybe in a year or so. I’ve been with my boyfriend for more than a year and a half. Our relationship is not dependent on a ring. I love him to death, and he loves me to death, and that’s all that matters to me.”

She Had A Good Reason For Keeping Her Pregnancy Under wraps:
“I didn’t want to hear, ‘Who’s the dad? Are you with the dad?’ Social media can be harsh, and I’m a mama bear, protective of my family. So that’s why I waited to tell people, including some friends. My friends weren’t mad at me. They said, ‘You did it the way you wanted to do it. You’re an inspiration.’”

She Has Experienced Pain During Pregnancy Because Of Fibroids:
“I had a fibroid, which was dormant until I got pregnant. When my baby started growing, the fibroid did too. At five months, the pain was so bad that it brought me to tears. It felt like I was being stabbed repeatedly with a knife, and I was scared for my baby. My mom wanted me to go to the hospital, but I called my doctor first. She calmed me down and reassured me that my baby was safe and prescribed medicine to relieve my pain. Little by little, I got better. My baby’s not even here yet, but I like to think she’s already kicking butt. She’s like, ‘Excuse me, fibroid. You need to die now.’”

She Plans To Teach Her Daughter A Bunch Of Stuff:
“There’s so much I want to teach my daughter, including humility, grace, forgiveness, and understanding. I want her to know her worth and that it’s okay to walk into a room and say, ‘Yes, I’m smart and amazing and I have ideas.’ I want to teach her how to be a boss.” 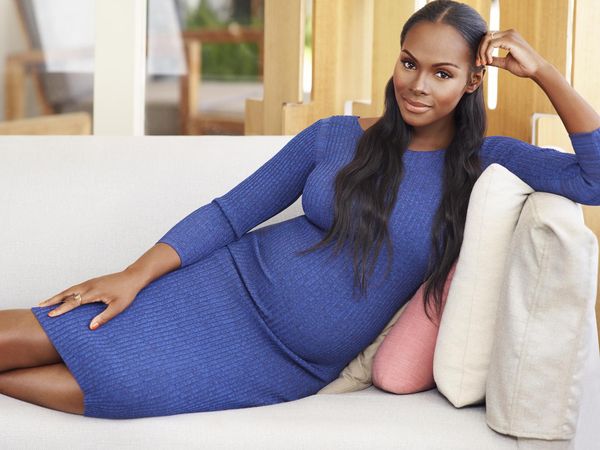 SELAH MARLEY SHOWS US HOW TO ROCK GUCCI IN SEVERAL WAYS

SELAH MARLEY SHOWS US HOW TO ROCK GUCCI IN SEVERAL WAYS