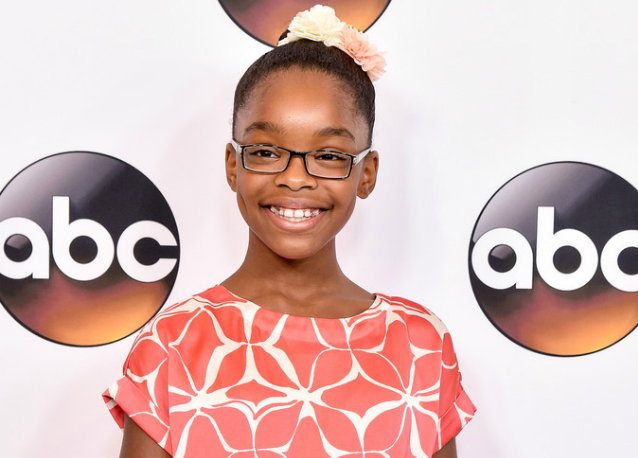 Marsai Martin, the sassy Diane on ABC’s Black-ish, is slated to play Melodie Ellison, a nine-year-old girl growing up in Detroit, Michigan, during the civil rights movement of the 1960s.

Scheduled to premiere as a live-action special on Amazon Prime this fall, Melody, 1963: Love Has to Win, an American Girl Story, based on the original “American Girl” series by Denise Lewis Patrick, is an adaptation written by “Roots” revival writer Alison McDonald.  In addition to McDonald, additional executive producers on this project include Common, Christopher Keenan and Melinda. The project will star Frances Fisher (Titanic), Frankie Faison (The Wire), and Idara Victor (Rizzoli & Isles).

Amazon and American Girl have also partnered up to create a new American Girl Melody doll that will be a part of its “BeForever” collection.  The Melody doll is now available starting at $115 for the doll and book.