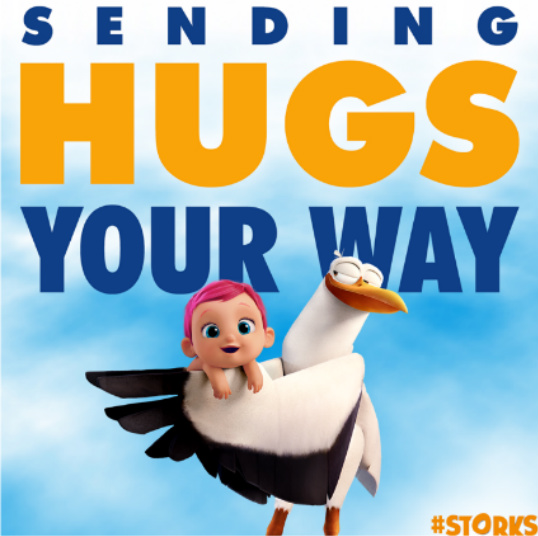 You thought they delivered babies to loving couples. You were wrong! The film Storks is coming to theaters this fall and you won’t believe what the characters are dropping off at people’s doorsteps.

Although they used to only deliver little human beings, residents on Stork Mountain are now broadening their horizon and working for an Internet retail chain. Junior is the company’s top salesman who is looking forward to a well-deserved promotion when he accidentally activates the Baby Making Machine. Now the ambitious stork must find a way to find a family for the little one before his boss discovers the mistake.

Storks is a film that viewers of all ages will enjoy. Creators of the movie recently collaborated with ‘Moments Work Paying For’ to bring a smash hit trailer geared towards the tween and teen demographics. “We are proud to be working on another Moments Worth Paying For campaign, and to support once again the Industry Trust in their important educational work,” says Josh Berger of Warner Bros. “An incredible amount of creative talent has gone into making Storks, and we’re confident that this trailer, and the film itself, will delight younger audiences and their parents alike,” he adds.

Storks comes to theaters on September 23, 2016. Check out the film’s trailer below!