by Sarie
in Television Watch
4 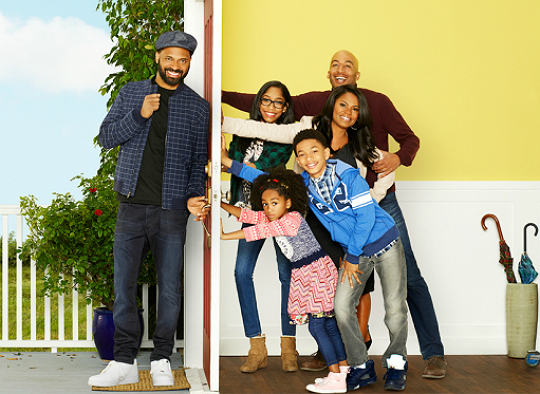 There will be no season two of ‘Uncle Buck.’ ABC moved to cancel the new series, which stars Mike Epps and Nia Long, after one season’s worth of episodes.

James Lesure, one of the sitcom’s stars, took to Twitter to express his sadness over the show’s cancellation. “Disappointed,” he tweeted. “No more @ABCUncleBuck. Cancelled. Thankful to have worked with @ABCNetwork. Proud of what we’ve done. Thx 4 let us entertain u.”

ABC gave the green light for ‘Uncle Buck’ last year. The series was based off the 1989 classic film starring John Candy that featured a wealthy family and their nonconformist relative. Buck breaks all of the rules and is what many would classify as a slacker. Yet, in all of his imperfections, the house guest manages to unite the family and teach them the true meaning of forgiveness.

Mike Epps likened himself to Uncle Buck during a recent interview with VIBE. “The irresponsible, fun-loving guy, that’s been sleeping on someone’s couch for 30 years, and is just now getting your license at 48-years-old, nobody is on television like that,” he said. “I’m really Uncle Buck [in real life]. I’m 45 now, but I never took a driver’s test — somebody gave me that.”

‘Uncle Buck’ aired for eight episodes before ABC announced its cancellation earlier this week. The series was Mike Epps’ entry into the world of television.