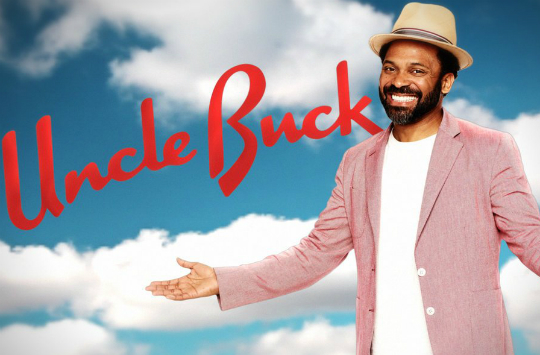 Buck is coming to a television near you! The highly anticipated Uncle Buck series makes its debut in summer.

Based off the hit 1989 film starring Jim Candy, Buck (Mike Epps) is sought out after his brother (James Lesure) and sister-in-law (Nia Long) find themselves in a bind. The couple needs to go out of town but they don’t have anyone to watch the kids. Who better to keep an eye on the little ones than their beloved Uncle Buck?

Fans who enjoyed the film will relive the hilarious moments that made it so great. There will also be a few tear-jerking scenes in the series as Buck tries to create a lasting bond with the kids.

ABC President of Entertainment Paul Lee comments on the upcoming series. “I may be wrong, but I do think there’s a real knowledge out there of what Uncle Buck is, what that character and who John Candy was,” he says. “The reality is Mike Epps’ performance could not be more different and his world cannot be more different.”

Catch a sneak preview of the series below, and tune into ABC on Tuesday, June 14, 2016 for back-to-back episodes of Uncle Buck beginning at 9 p.m.