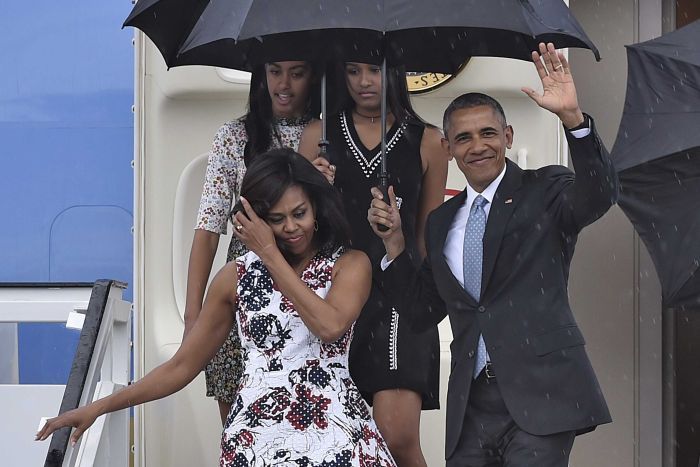 The Obamas touched down in Cuba this past weekend. President and First Lady Obama exited Air Force one in the country on Sunday and had their daughters, Sasha and Malia, in tow.

President Obama waved at press who came to capture the monumental event. The commander in chief’s trip to Cuba is the first time in nearly 90 years that a sitting United States president has visited the communist country and conversed with its leader, presently Raul Castro. Many Americans are knowledgeable about the Cuban Missile Crisis that took place in 1962. The United States squared off with the Soviet Union for thirteen days concerning missile deployment in Cuba. A war ensued but, nevertheless, a resolution was reached. The crisis was, however, the last time the United States had any major dealings with Cuba; until now, of course. 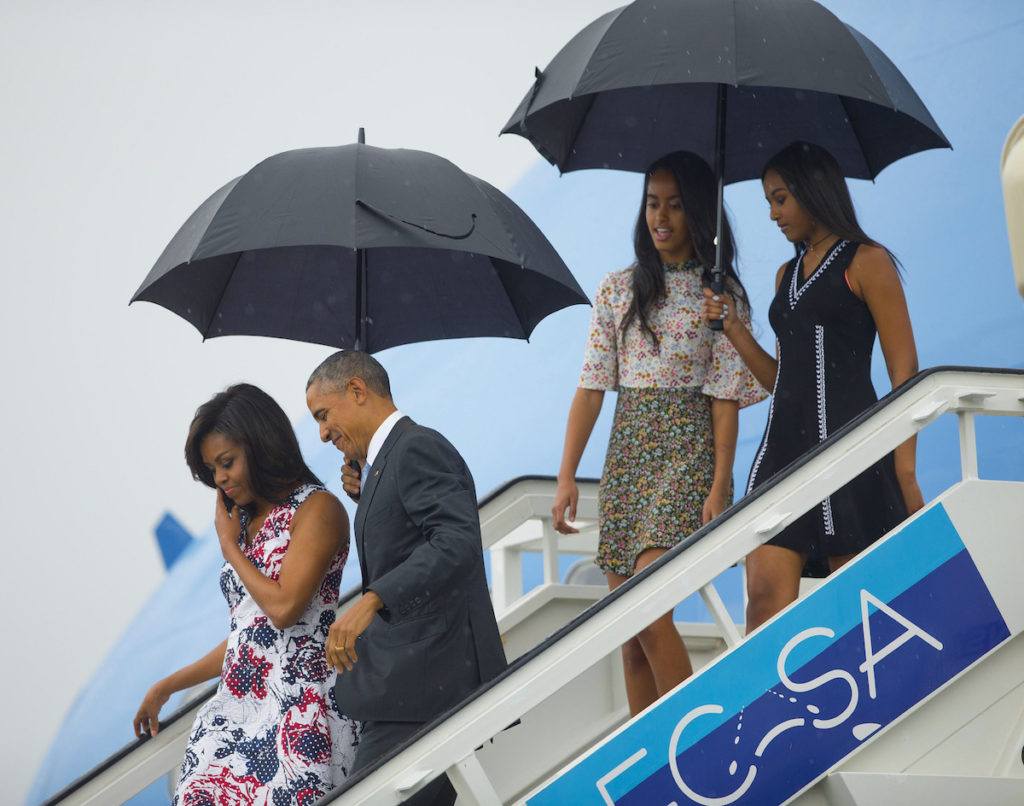 During the first few months of his administration, President Obama vowed to show his daughters parts of the world that they had never seen. Sasha and Malia have since toured China and various parts of the United Kingdom in addition to short visits to other places in the world. The girls will certainly have cool memories to take back to school after their trip to Cuba has concluded.