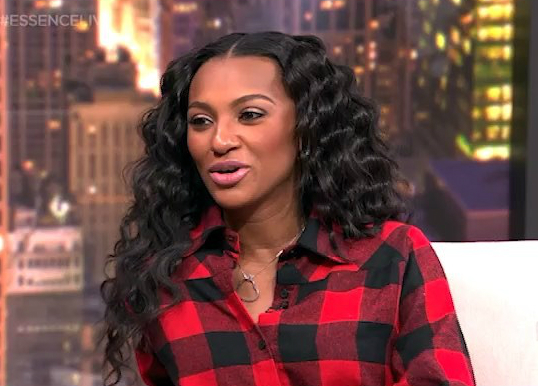 Tara Wallace is having a boy! The ‘Love & Hip Hop’ star let the sex of her baby slip during an interview with Essence Live.

“I wasn’t suppose to say that but it’s a boy,” Tara said after referring to her unborn child as a “he.” The reality star went on to tell the show’s host that she picked a name but did not want to share it with the public. “We’re not going to share,” she said. “Since I like snuck the sex out, you’ll have to wait for the name.”

Tara announced her expectancy during episode six of ‘Love & Hip Hop: New York.’ Many viewers criticized the reality star soon after because Wallace revealed that co-star Peter Gunz was the father of her child. “I am in a great space and sorry u guys are so mad! My baby is on the way and my boys and I are so happy,” the celebrity mom shared in response to the scrutiny on Instagram.

Peter also responded by saying, “I’m not on child support, not one kid on welfare, never asked anyone for help with my kids, yet the out cry is so harsh… Go figure. Can’t help trusting and believing a man you love… Blame me, not Tara and Amina… But after you blame me f— off.”

This will be Peter and Tara’s third child together.