GARCELLE BEAUVAIS AND KIDS ATTEND ‘A TIME FOR HEROES’ FESTIVAL 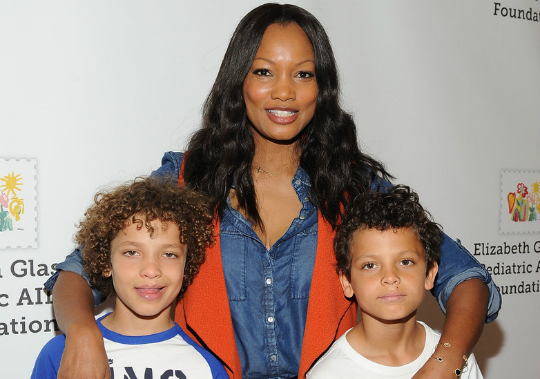 The Elizabeth Pediatric AIDS Foundation is a nonprofit organization that focuses on HIV/AIDS prevention among children. The charity educates families about the virus and contributes to research efforts searching for a cure. The Elizabeth Pediatric AIDS Foundation has contributed thousands of dollars and countless hours to prevention since its inception in 1988. Such is the reason why the organization has garnered much attention from celebrities over the years.

Tori Spelling, Melissa Joan Hart, the Kodjoes were among celebrity families to attend Sunday’s festival. Garcelle Beauvais has three kids. Jaid and Jax are her sons with ex-husband Mike Nilon.

A CELEBRITY BABY BLOG: 'THEY LED ME TO YOU'