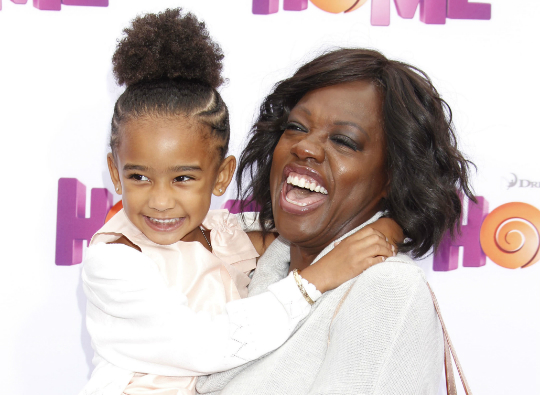 Hacked by Genesis! The daughter of Viola Davis recently took over her mother’s Instagram page to congratulate the actress on winning an Emmy.

“I love you mommy,” said Genesis in a video. “I hope you win another Emmy. And you’re my favorite girl.” Viola responded to the invasion by telling fans that “Team JuVee,” the actress’ husband, helped her daughter hack the account.

Davis made history this past Sunday when she became the first African American actress to win an Emmy award for Outstanding Lead Actress in a Drama Series. Viola rendered a powerful acceptance speech that addressed the lack of diversity in Hollywood. “In my mind, I see a line,” shared the star. “I can’t seem to get over that line,” Davis continued. “You cannot win an Emmy for roles that are simply not there.”

Genesis is Viola Davis and husband Julius Tennon’s only child. The couple adopted their daughter in 2011.