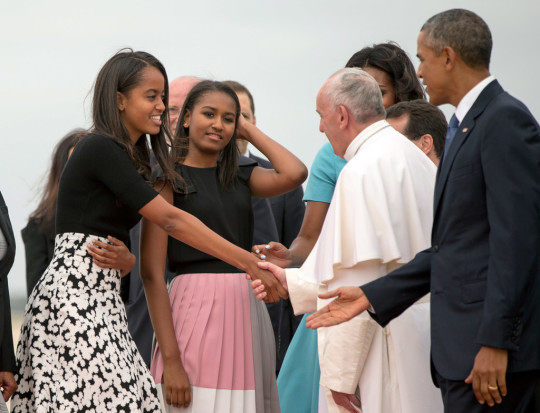 It was indeed a special day for Sasha and Malia Obama as they had the privilege of meeting Pope Francis on Tuesday. The Obama girls stood tall as they shook hands with the world figure shortly after he touched down at Andrews Air Force base. 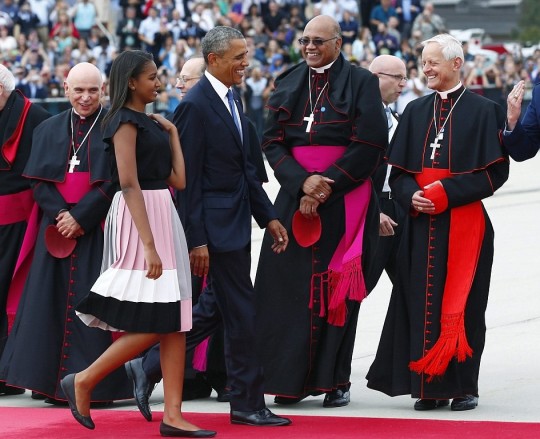 President Obama was immensely grateful to host the pope in the United States. “Holy Father, we are grateful for your invaluable support of our new beginning with the Cuban people, which holds out the promise of better relations between our countries, greater cooperation across our hemisphere, and a better life for the Cuban people,” said the president after Pope Francis gave him a few words of advice. Obama continued, “We support your call to all world leaders to support the communities most vulnerable to a changing climate and to come together to preserve our precious world for future generations.”

The pope will visit Philadelphia and New York City before leaving the country next week. 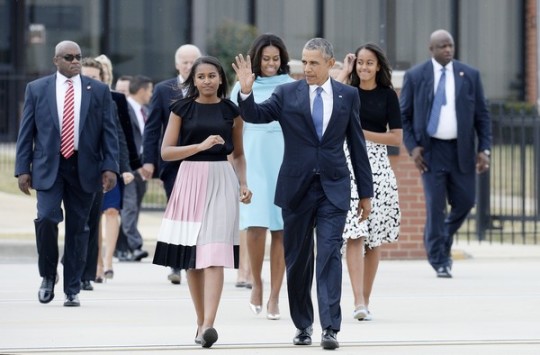 CYNTHIA BAILEY AND DAUGHTER ARE 'TWINNING'

CYNTHIA BAILEY AND DAUGHTER ARE 'TWINNING'