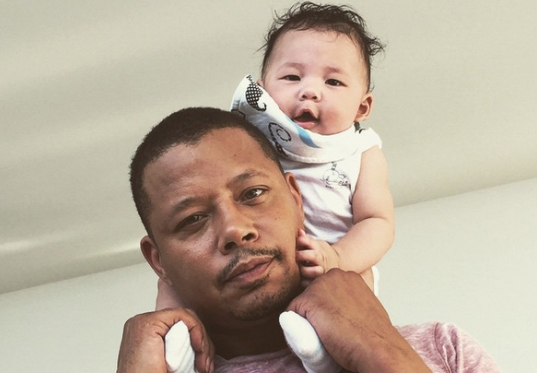 Terrence Howard is the doting dad. The celebrity father recently shared a picture of him with his son on Instagram.

“Hanging out with my buddy,” captioned Terrence underneath the photo. The actor and his wife, Mira, welcomed their son in May after confirming their expectancy near the end of last year. “He’s beautiful and strong and a whirlwind and my wife is so happy,” said Terrence of his son shortly after his wife gave birth.

The Howards were the happy couple at the 2015 Emmy Awards despite getting a divorce in July. “Mira Pak was clutching Terrence’s arm as they mugged for the camera,” reported TMZ after the ceremony. “It’s surprising that not only are they together, they’re wearing rings.”

Qirin is Terrence and Mira’s first child together. The actor has four kids in all.