WILLOW SMITH RELEASES MUSIC VIDEO FOR ‘WHY DON’T YOU CRY’ 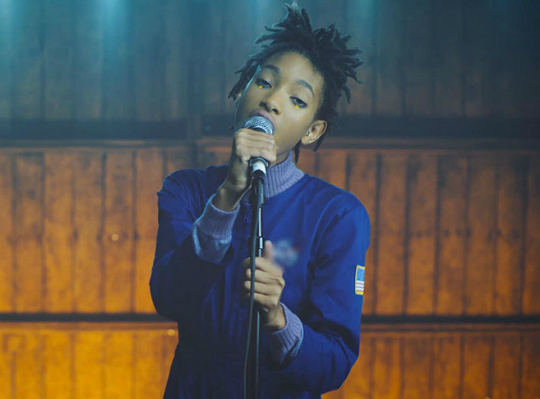 Willow Smith’s new music video for ‘Why Don’t You Cry’ is about more than beats and bright lights. The footage encapsulates the heart and soul of the selection, and features a piece of Willow.

The young star wrote the narrative that features her at the center of a heated debate at the scene’s beginning. “This teenage girl wants to be an artist,” says Willow of the video. “Her parents are very very strict and she suppresses all of her negative emotions towards them. She never cries. They rip up the invitation to her performance that night, telling her she is never going to succeed in an artistic career and that this kind of behavior isn’t acceptable in their household – ‘She is just a child.'”

Determination prevails as the girl goes against her parents’ orders and does the concert anyway. “She gets on stage to find nobody in the crowd but her higher self who has been trying to communicate with her throughout the entire video. On stage she comes to accept all aspects of herself and lets out all of her suppressed emotions.”

In many aspects, the music video relates Willow’s belief that everyone should find their own path in life. “No one could ever tell me what to do with my music. No one could ever say, ‘No, don’t do that ’cause that’s not what sells.’ I couldn’t care less what sells,” said the young star during one interview. Willow further explained, “I care more about what can help people, and help them realize there lies an inner power.”

Check out ‘Why Don’t You Cry.’