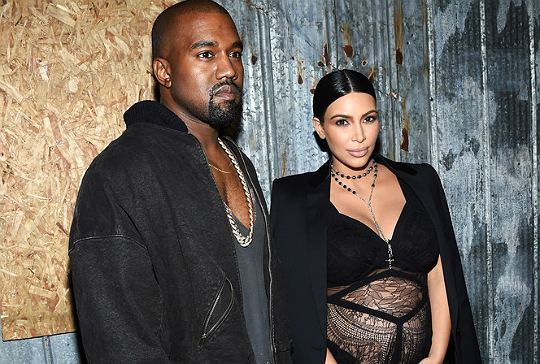 Kim Kardashian had heads turning in her direction this past Friday as she stepped out in a Givenchy gown that was especially designed for her during New York Fashion Week. The Reality TV star had husband Kanye West, who is a rapper and designer, by her side as she posed and placed emphasis on her protruding stomach.

Ricardo Tisci designed Kim’s dress for Friday and explained why he chose to let black lace be the only form of fabric in the abdomen area. “You know pregnancy [is] something so beautiful,” said Ricardo to Entertainment Tonight. “Why cover it,” asked the designer. “[It’s] like another message of love and life.”

Kim has certainly not been afraid to showcase her stomach as she has worn a number of form-fitting gowns and skirts that place her bump at the center of pictures. The celebrity mom was even spotted while wearing a mini skirt on Saturday. The leather skirt was worn with thigh high boots and a beige shirt that showed a bit of cleavage.

Kim and Kanye West are expecting their second child, a son, in December. The couple are already the proud parents of a 2-year-old daughter named North.