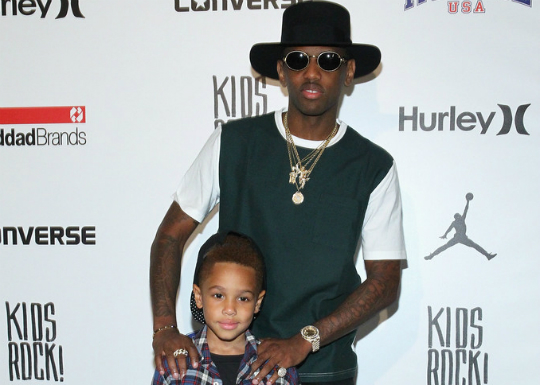 Fabolous and his oldest son, Johan, were two of many celebrities to stop by the ‘Kids Rock!’ fashion show at Skylight at Moynihan Station in New York City on Thursday. The rapper supported his son as Johan served as one of the models during the exhibition.

Johan was joined by other celebrity kids, including the children of Victor Cruz, Carmelo Anthony, CC Sabathia, Antonio Cromartie as they sported clothing from Nike, Converse, and Levi.

‘Kids Rock!’ was created to give children a platform during New York Fashion Week. Johan is Fabolous’ child with Emily Bustamante. The rapper also has a son named Jonas with Emily B.