MAVEN MORGAN HAD SEVERAL MOMENTS OF CUTENESS AT HER PARENTS’ WEDDING 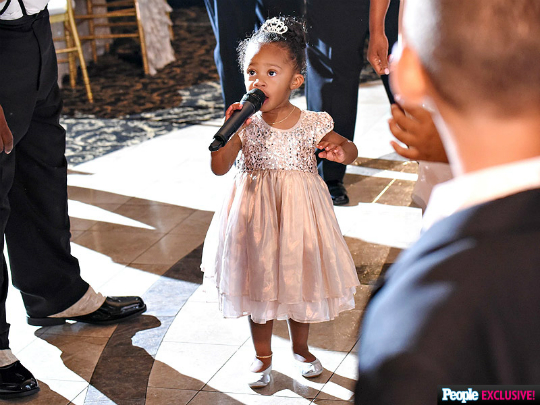 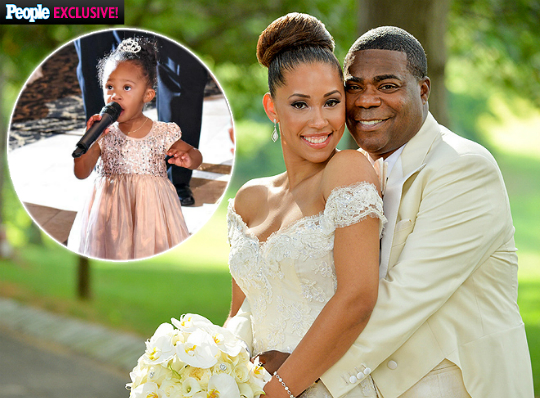 It was technically her parents day in the spotlight but Maven Morgan stole the show with her cuteness. The daughter of Tracy Morgan and Megan Wollover served as an endearing flower girl in her parents wedding.

The Morgans wed after more than a year of engagement on Sunday. Family members ad friends looked on in adoration as the beautiful bride and groom promised to love and care for one another until death. Although Tracy and Megan’s vows were touching, the crowd was most moved by Maven’s tribute to her parents.

The little one held a sign that read, “Daddy, here comes Mommy” at the start of the ceremony. She later took the microphone and shared a few word that completely impressed the crowd of 150 guests.

Tracy’s tribute to his wife at the ceremony was also heartfelt. The comedian later told media, “Megan was by my side throughout all of the hard times of this past year. She is my rock and I couldn’t be happier to have her take my last name. We are the Morgans!”

Megan and Tracy Morgan have one child together. The comedian has four kids in all.