CHIEF KEEF NAMES HIS SON WHAT?! 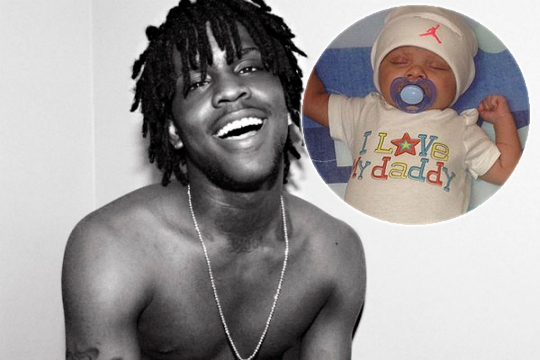 “Chief Keef and his newest baby mama have agreed to name the newborn Sno FilmOn Dot Com Cozart in order to promote the release of Sosa’s double album Bang 3 with FilmOn Music and MondoTunes on September 18,” shared Alki David. He later told media that Keef decided to recant his son’s middle name after paternity queries arose.

“In light of new developments disputing that Chief Keef is the father of Baby Sno, the streaming TV and music platform FilmOn.com is retracting the right to let the mother, Lauren Woods, use the middle name FilmOn Dot Com until paternity is settled. We wish Ms. Woods all the best,” wrote David in the statement.

Chief Keef is already the proud father of two daughters and one son who have names that begin with the letter “K.” Baby Sno is his first child with Lauren Woods.

KIM KARDASHIAN: 'I MAY HAVE MY UTERUS REMOVED AFTER GIVING BIRTH'

KIM KARDASHIAN: 'I MAY HAVE MY UTERUS REMOVED AFTER GIVING BIRTH'