JIMMY JEAN-LOUIS AND THE FAMILY VISIT TORONTO AND NIAGARA FALLS 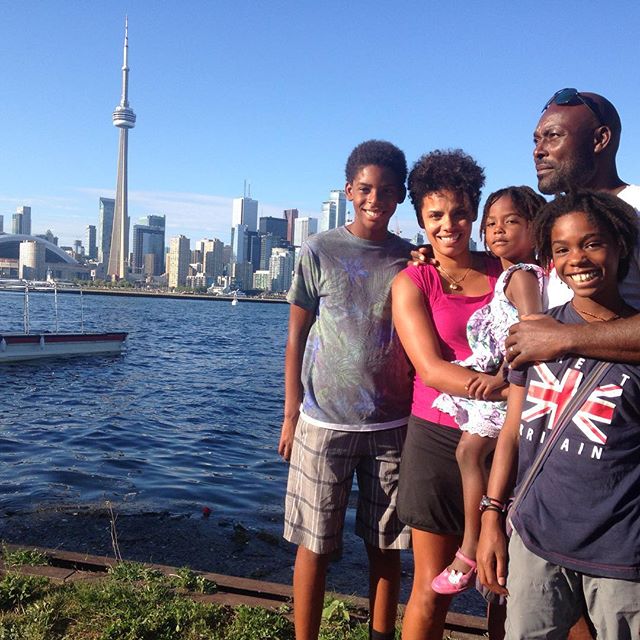 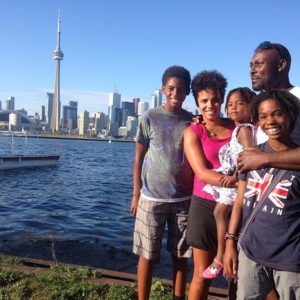 Jimmy Jean-Louis is enjoying the sights with his family. The actor recently shared pictures of himself with his little ones at Niagara Falls.

The younger member of the group was the brave one who took a picture in front of the powerful body of water. “I’m a big, for real, I’m 4 now,” Jimmy captioned underneath the cute picture of his daughter. The actor also shared a candid of all members of the family in front of the Falls as well as a picture of them viewing the city. “Downtown Toronto from the other side of the lake,” shared Louis.

Jimmy is best known for his role on the hit series Heroes. He is recognized as ‘The Haitian’ on the show and brings a bit of diversity to the set. Many view Jimmy as the mysterious hero of the show, which is a title that sometimes follows the actor off the set.

“I find myself maybe having a cup of tea with one of my colleagues, one of the other actors, and sometimes, because of the reception of people around us, you almost feel like you’re still that character from the show,” says Louis. “You feel like maybe you could do all those magical things just because of the way that people are talking about you and the energy that is there.”

Jimmy Jean-Louis has three children with his wife, Evelyn. See more pictures of the family below!