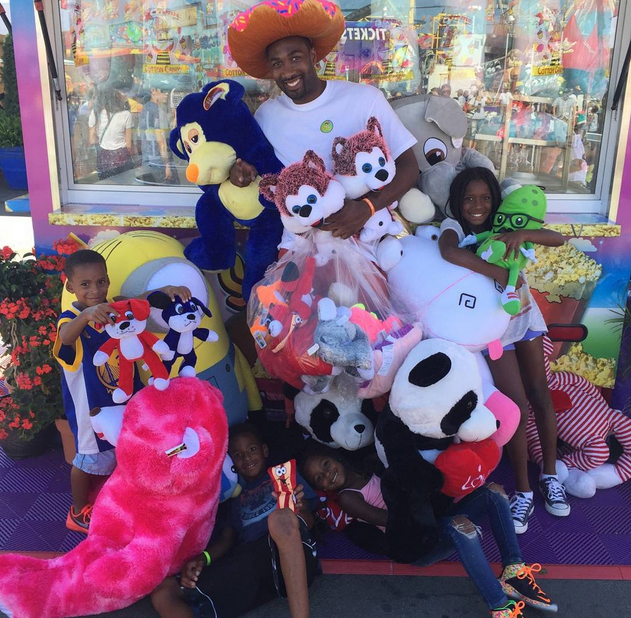 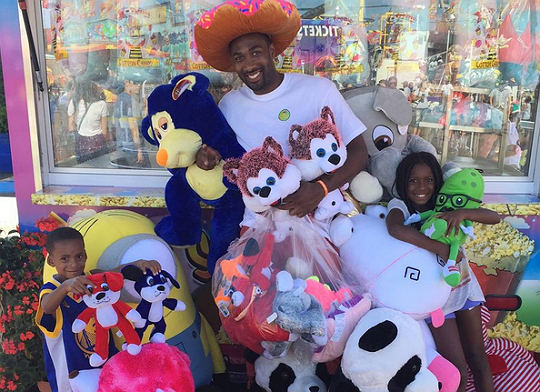 You know that you are doing the most when you win a game so many times that officials ask you to leave the venue. Such was the case for Gilbert Arenas and his kids a few days ago when they visited the Orange County Fair in Costa Mesa, California.

Gilbert played the basketball hoops game and won fifteen times. The former NBA star probably would have engaged in a few more matches had officials of the fair not intervened and asked Gilbert to stop playing. “We just got banned from all the basketball hoops at #orangecountyfair,” shared Gilbert along with a picture of him and his kids with a myriad of prizes. “Every one screamed #theRimsarebent I screamed #hibachi …#ArenasFamily #CountyFairRockstars.”

Arenas told media last year that he was planning to return to the NBA after being away from the court for a number of months. “I’m in the middle of training now,” said the star at the time. “I said I’m gonna give it one more chance. I told Nick [Young] I’m gonna actually put some heart into it. You know, I lost it there for awhile.”

If Gilbert’s performance the fair is any implication of his newfound passion for basketball, then his return promises to be amazing. Arenas has five kids.