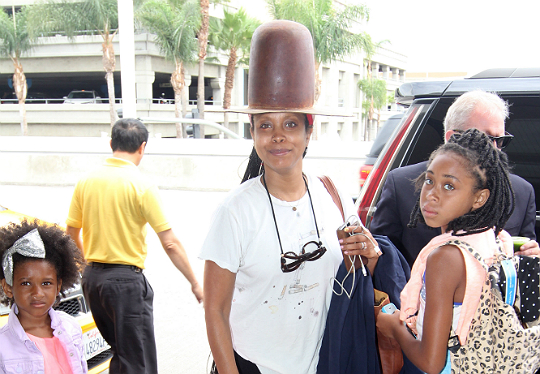 Erykah Badu and daughters, Mars and Puma, were spotted at LAX airport this week. The singer and her girls gave the camera their full attention while rocking natural hairstyles.

It was just a few days ago that Erykah shared a picture of herself with Mars while conducting a length check. Badu held her daughter’s hair over her eyes to show off the mane’s elasticity. “Here’s to MOMMY WEDNSDAYS,” shared Erykah along with the picture. “Post your pic here,” encouraged the celebrity mom. Many fans responded to the singer’s challenge by sharing pictures of their family with the hashtag “mommywednesdays” attached.

While inspiring the world is pleasurable, Erykah has told media that the greatest gift in life is love. “My medicine is being in love,” shared Badu during an interview last year. “When I’m in love I glow, and my face is happy, and my heart is light and happy. And my children are happy.”

Erykah Badu has two daughters and a son named Seven. 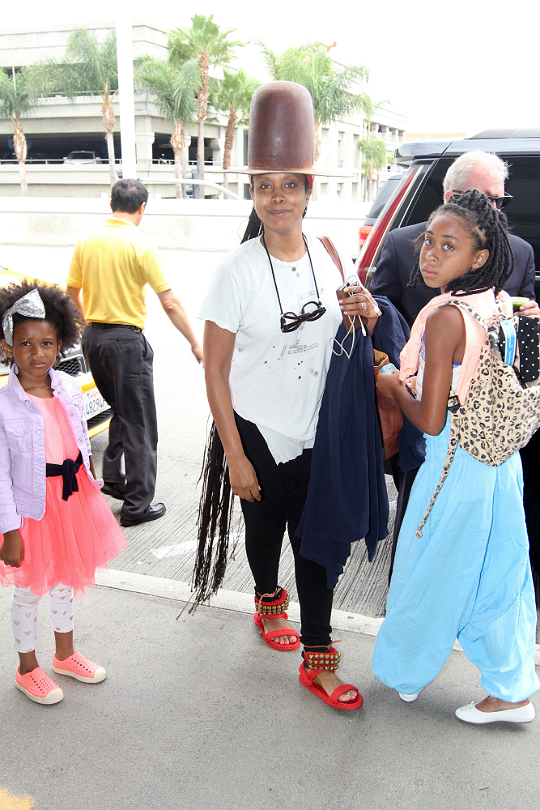