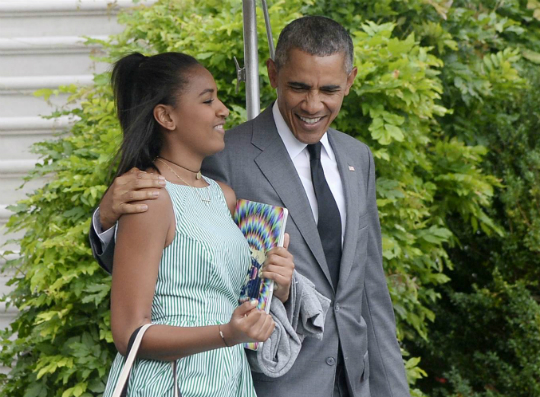 President Obama was the cool dad who took his youngest daughter and her friends to New York City this past weekend. The commander in chief traveled with Sasha by way of Air Force One and met up Malia, the elder sibling, upon arriving to the Big Apple.

The girls enjoyed two days in Manhattan with their dad and even accompanied him on a stroll through Central Park. President Obama shook a number of citizens’ hands while walking side-by-side with Sasha. The teen was wearing a gray dress that was most befitting for the event.

Malia was also sporting wearing casual wear that included a denim jacket. The 17-year-old has been serving as intern on the set of HBO’s hit series Girls, which is stationed in New York. Although she has been working hard, Malia was able to take time off to spend with her sister and her friends at Ruby’s Cafe. It was a truly a girls night out as the president did not go with the girls to dine.

The girls are beginning to attend more events by themselves, which inevitably means less time spent at home with mom and dad. “They’re hitting the age where they still love me, but they think I’m completely boring,” said the president during a recent interview. He further explained, “They’ll come in, pat me on the head, talk to me for 10 minutes, and then they’re gone all weekend. They break my heart.”

First Lady Michelle Obama did not go with her husband and children on their weekend adventure in New York City. Sasha and Malia celebrated their fourteenth and seventeenth birthdays a few weeks ago. 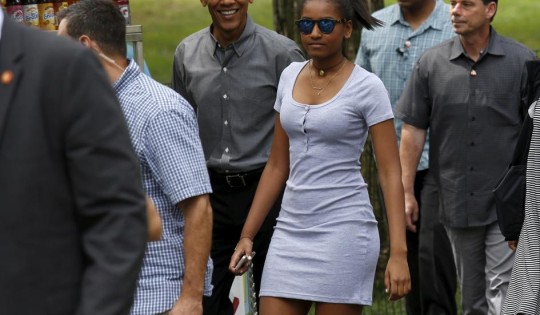